Mrs Akufo-Addo [L] giving Ayeyi [R] ‘high five’ during their meeting at the Jubilee House Friday, June 7, 2019[/caption]A seven-year-old special needs girl from Cape Coast, Ayeyi Yiadom-Boakye, had her wish of meeting the First Lady Rebecca Akufo-Addo come true. Ayeyi had in a TV3 report highlighting her condition, Osteogenesis Imperfecta, also known as brittle bone disease, told Portia Gabor she wishes to meet the mother of the land who she appealed to for help. Osteogenesis imperfect is caused by defective genes. It is a group of inherited disorders characterised by fragile bones that break easily. Touched by the story of Ayeyi, the first lady on Friday invited the little girl over to her office at Jubilee House in Accra to get up-close and personal. It was a rare moment and all joy for Ayeyi as she met and interacted with Mrs Akufo-Addo face-to-face at the seat of government. An obviously touched Mrs Akufo-Addo described Ayeyi as “a young, beautiful, cheerful child with such great optimism”. She pledged her support for Ayeyi and the Osteogenesis Imperfecta Ghana Foundation, which is championing the cause of persons suffering from the ailment. Mrs Akufo-Addo said she was inspired by the story of Ayeyi as told in the TV3 story by Portia Gabor. “Her challenges aside, she looks to the future with so much hope. She offered to sing my favourite song. Our encounter has inspired me,” Mrs Akufo-Addo posted on Facebook after meeting Ayeyi. 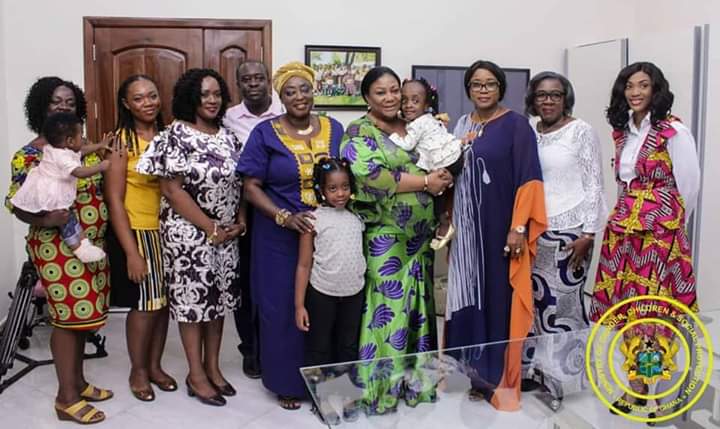 Gender, Children and Social Protection Minister, Cynthia Morrison, who sat in the meeting with Ayeyi’s parents, promised her outfit will continue to support children with special needs in the country.

Children get cancer too, but can beat it if treated early

C/R to receive the biggest children’s hospital in Ghana; facility is to be located in Winneba