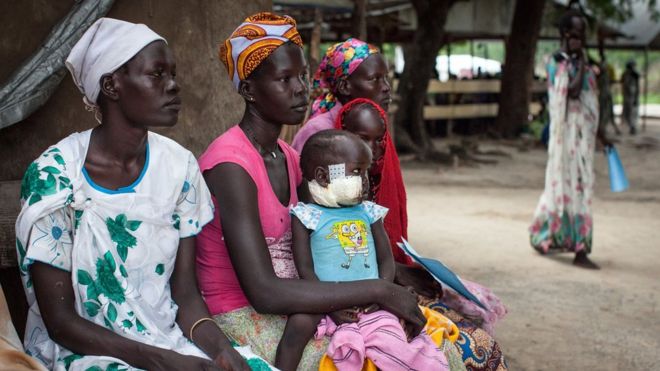 A famine has been declared in parts of South Sudan, the first to be announced in any part of the world in six years.

The government and the United Nations report that 100,000 people are facing starvation, with a million more on the brink of famine. A combination of civil war and an economic collapse have been blamed. There have been warnings of famine in Yemen, Somalia and north-eastern Nigeria, but South Sudan is the first to declare one. Last week, the UN World Food Programme (WFP) warned that more than 20 million people may face starvation in a series of famines over the next six months. The WFP’s chief economist, Arif Husain, said a combination of wars and drought meant that for the first time in recent years, aid workers were now talking about four simultaneous famines in separate parts of the world. He added that despite record levels of international humanitarian aid distribution, there was not enough to look after all the people in need. Source: BBC]]>
READ ALSO:  Jinapor punches 'careless' Inusah Fuseini over secret device