As an artiste who ‘shows the way’ as his Stage name signifies, it is only in the right place that he emerged victorious after weeks of competitive voting at two levels of selection at the just ended 3 Music Awards 2020.

Soorebia is now a happy man, at least he’s gotten some recognition for his years of hard work, dedication and growth in the Ghanaian music scene. Although he has acknowledged the expectations that come with the recognition, his roadmap to success is clear. In a recent one-on-one interview with entertainment journalist, MzGee on TV3’s New Day, Soorebia opened up on his career and ambitions while commenting on some topical issues in the music industry.

Soorebia started his music journey professionally some 5 years ago in Bolgatanga. A pioneer of a sort, when it comes to contemporary urban music from the region, Soorebia constructs his music with a blend of local and languages notably Frafra and Kasem, and English.

Just a tweet from Sark, Shatta et al will make me – 3Music Next Rated Act wishes

He has a large following, won several local awards and has become a household name in his home region.

In 2018, UNICEF through the Government of Ghana appointed Soorebia as a local champion in the fight against Open Defecation together with Rev. Eastwood Anaba of Fountain Gate Chapel, Bishop of Navrongo-Bolgatanga Diocese, and Regional Chief Imam among others.

He has over the years released over a dozen singles and videos available on streaming platforms and Youtube and downloads portals.

As the next rated artiste from a coming from a disadvantaged part of the country, Soorebia equates his win to that of Artiste of the Year Award, a feat that has always been a dream for most of his folk.

However, with his craft and drive, Ghana should be ready for the next national icon as he brings diversity with his tradition-infused Hip Hop/Afrobeats artistry to the music industry

His new song ‘Happiness’ is a celebration of mindset, dreams and growth. The song was produced by his label mate and in-house producer

AzkonnaBeatz. Happiness is a mid-tempo afrobeat groove for your listening pleasure.

Just a tweet from Sark, Shatta et al will make me – 3Music Next Rated Act wishes

Adongo honoured for contribution in Parliament 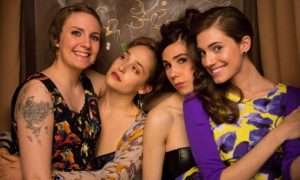