Some of the teachers who form the Association[/caption] The National Social Studies Association (NaSSA) has threatened to hit the streets and the seat of government, the Jubilee House, if government fails to reverse its decision to scrap social studies from the educational curriculum. The Association is worried the removal of the subject from the school curriculum will render thousands of social studies teachers jobless. The National Council for Curriculum and Assessment (NaCCA) is reviewing in phases, the curriculum of the basic and second cycle institutions in Ghana. Social studies, referred to as citizenship education, has as part of the process, been scrapped from the in upper basic school curriculum. A new subject “Our World and Our People” has been introduced in place of Social studies. 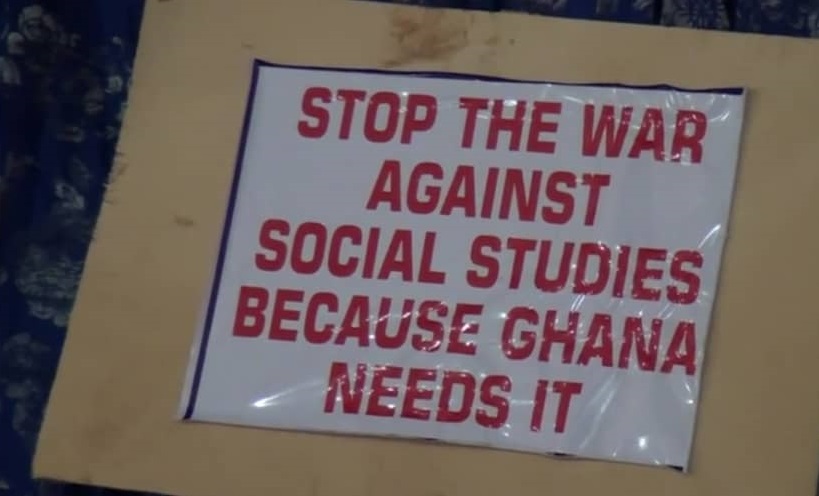 Addressing a press conference in Kumasi, President of NaSSA, Prince Opoku Afriyie, described the situation as worrying. “Instead of proposing concepts to be incorporate in the Social Studies [subject] with the intention of building the knowledge, core competencies, attitudes and values of the Ghanaian youth, the subject Social Studies has been scrapped off the school curriculum,” he said. [caption id="attachment_131619" align="aligncenter" width="689"] 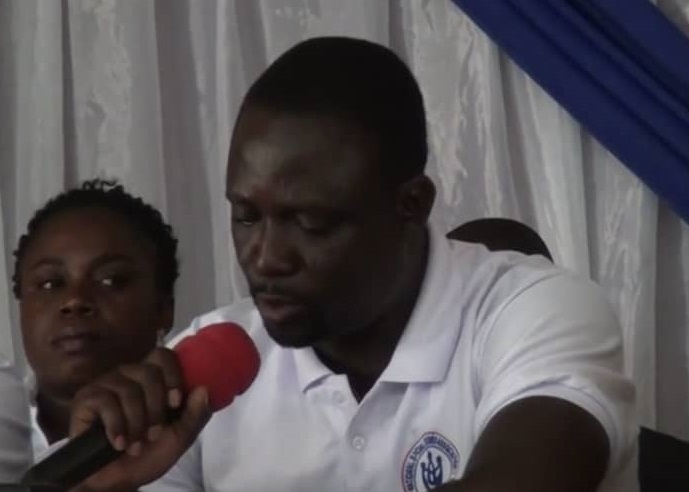 Prince Opoku Afriyie[/caption] This development, he said, “is causing panic and frustration amongst large section of the thousands of professional teachers and students whose profession and academic programme is dependent on Social Studies”. The Association threatened to hit the streets should NaCCA fails to reverse its decision. “We are appealing to the government to re-consider its decision and maintain social studies as a core or an elective subject in the school curriculum or we hit the principals streets of Accra to the Jubilee House to register our displeasure on the scrapping of the subject” NaSSA says Social Studies is essential especially in a time where social vices are on the increase and society is gradually losing Its morals.

Fight breaks out in Kenya parliament over which party is majority