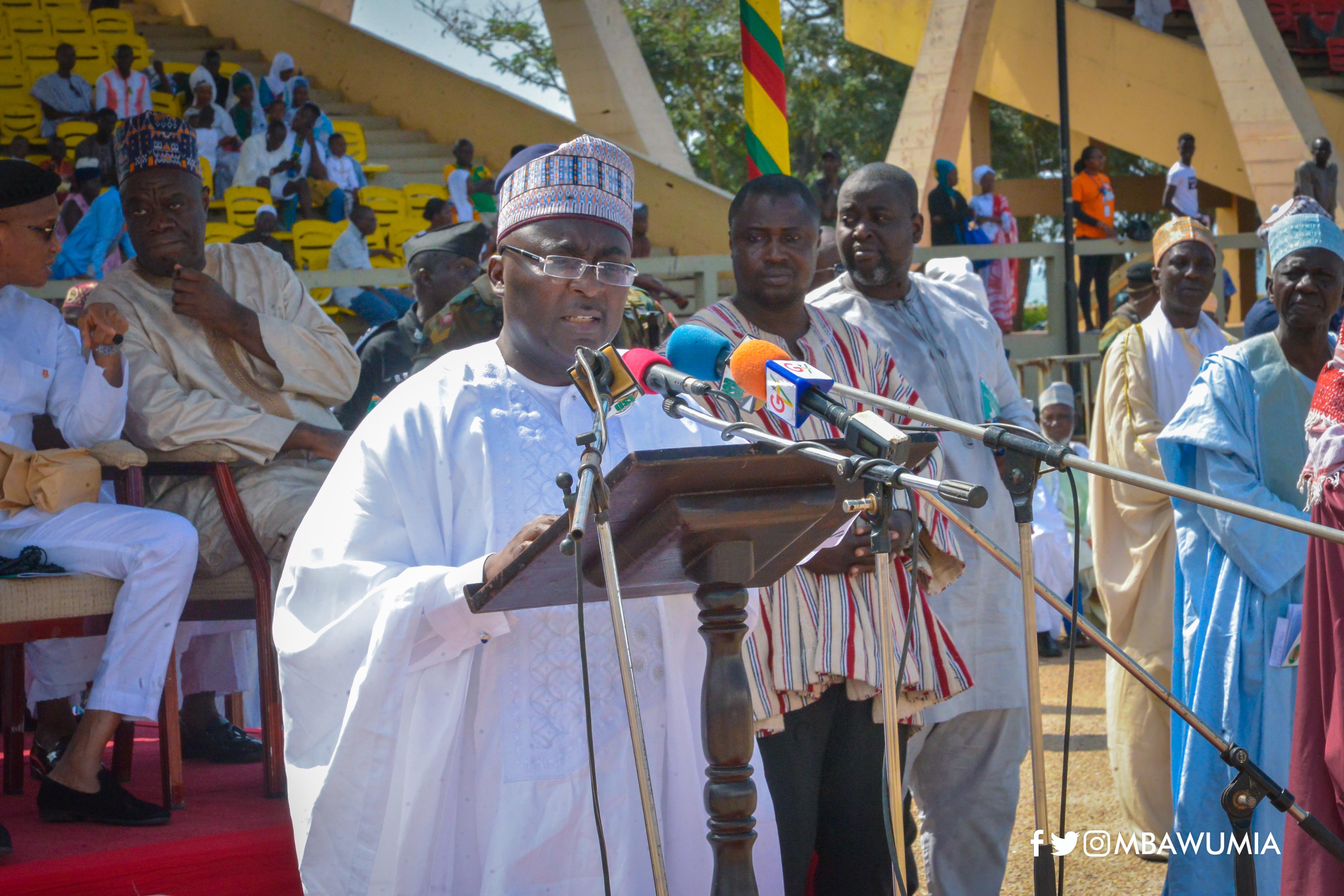 The Vice President, Alhaji Dr Mahamudu Bawumia, has announced that following an appeal by President Nana Addo Dankwa Akufo-Addo to the King of Saudi Arabia, the Government of Saudi Arabia has agreed to assist Ghana in the construction of a medical university and 42 senior high schools. The medical university will be established in northern Ghana. The Kingdom of Saudi Arabia, which would fund the construction of the medical school, would also provide funds for the construction of 42 senior high schools throughout Ghana to increase access to education for the youth, especially girls. Vice President Bawumia underscored Government’s commitment to providing more opportunities to disadvantaged communities in Ghana, including the Zongo community, when he addressed Muslim faithful on the occasion of 2019 Eid al Adha celebration at the Independence Square in Accra on Sunday August 11, 2019. The proposed construction of the medical school comes a few weeks after Vice President Bawumia secured an agreement with the Government of Cuba for the training of 40 qualified students, drawn from the Zongos and other deprived communities, as medical doctors in Cuba. “There are many brilliant students from the Zongo and other deprived communities who have had their dreams of becoming doctors shattered due to lack of funding. This programme would come as a welcome opportunity for such students to realise their God-given talents. And Insha Allah, this partnership between the Governments of Ghana and Cuba will produce more doctors from Zongo and other deprived communities in the country,” he explained. “I’m also glad to announce that the Kingdom of Saudi Arabia has accepted another proposal by the Government of Nana Akufo-Addo to establish a medical school in the Northern Region of Ghana. “Establishing a medical school will significantly reduce the scarcity of doctors and other medical personnel in the northern part of the country. This giant step to advance the health needs of the Ghana, together with Government’s other initiatives on education, vocational skills, sanitation and infrastructure development in the Zongo communities, which are being driven through the Zongo Development Fund, clearly underscore Government’s vision for the Zongo community.” 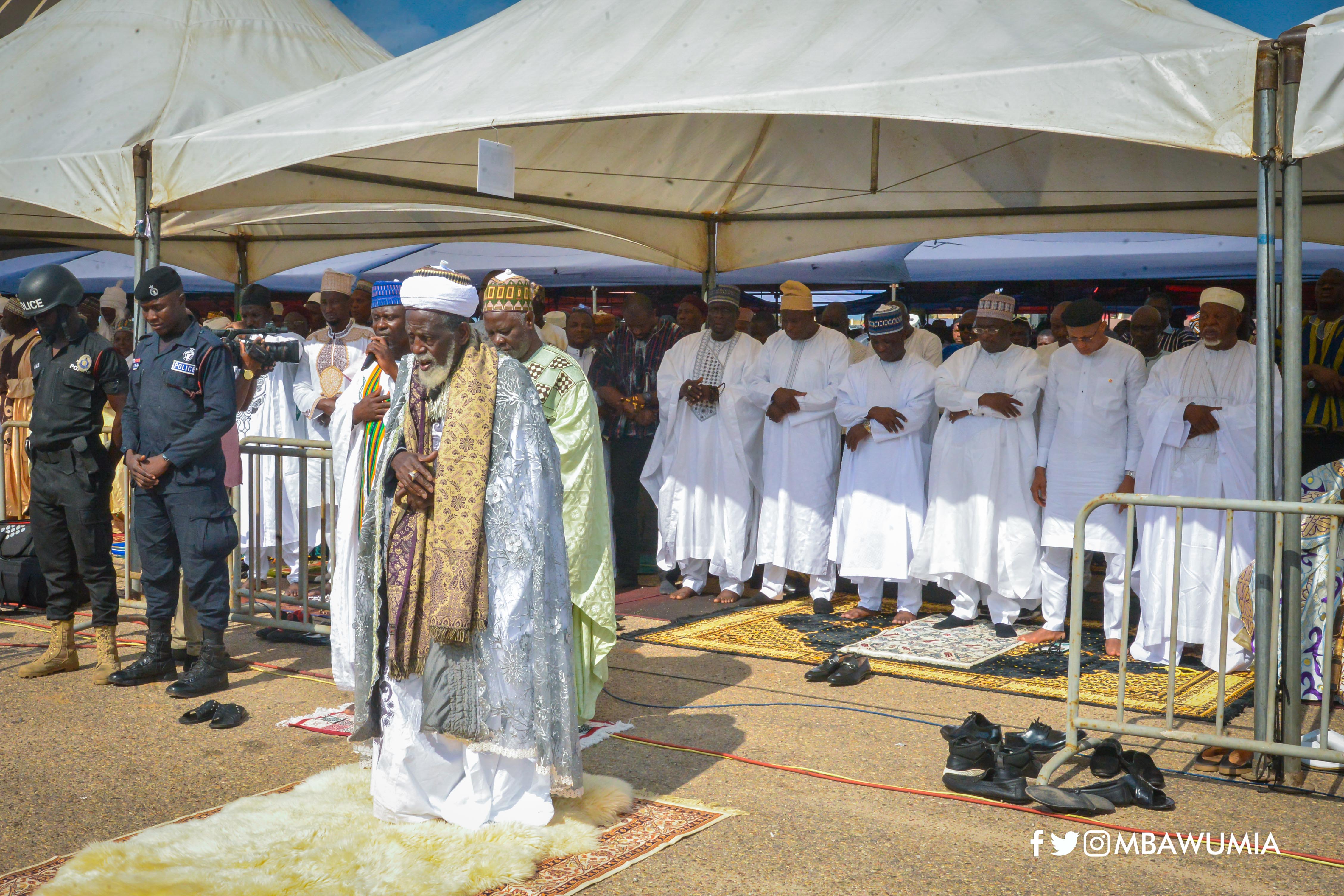 Vice President Bawumia urged Ghanaians to be on the lookout for any persons who might seek to destroy the peace and unity Ghana enjoys, saying, “We should remain vigilant in our communities and neighbourhoods. We must watch out for agent provocateurs, who will want to breach the peace in order to undo all the successes that we have chalked in our developmental journey this far. “Ghana continues to remain an island of peace in a troubled region. We must not let that slip from our hands. Let us report any suspicious characters in our communities to the security agencies, so that the name of Islam is not soiled on the altar of some political goal that misguided elements may seek to achieve.” Vice President Bawumia commended the organisers of this year’s Hajj Pilgrimage, noting that they have done such a good job that “not many people even know that some of our brothers and sisters are in Mecca for the Hajj,” unlike previous years when organisational challenges were the order of the day. The Vice President called for prayerful support for the nation, emphasising, “As I have always done, I wish to, once again, request your support and prayers for President Akufo-Addo, myself and the government so we will continue to remain focused in our quest to successfully steer the affairs of our beloved country for the well-being of citizens. “On behalf of President Nana Addo Dankwa Akufo-Addo and the Government of Ghana, I wish all Muslims across the country the very best as we mark the sacred occasion of Eid Al Adha.” Source: 3news.com | Ghana]]>