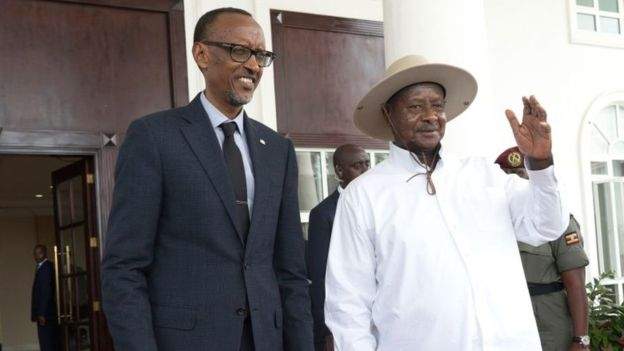 Civil society organisations in Uganda have filed a case against the governments of Uganda and Rwanda over border restrictions between the two countries.

The complainants want the court to rule against what they call the arbitrary border closure and that those affected are adequately compensated.

6,000km of roads in 4 years is impossible in Ghana- Road contractors

They say key border towns and villages between Uganda and Rwanda have turned into ghost towns and put women traders in particular at risk of “plunging into poverty”.

Since February, Rwanda has stopped Ugandan goods entering its territory and prevented its citizens from crossing into Uganda. Kigali says this is because of renovations of a border post but it comes at a time of increased tensions between the neighbours.

The two governments are yet to respond to the suit. Both countries have traded accusations over interference in each other’s affairs – and many see the problems at the border being a result of the diplomatic fall-out.

Cases at the court can take years to be heard but the activists hope the publicity can put pressure on leaders to resolve the stand-off.

6,000km of roads in 4 years is impossible in Ghana- Road contractors