Two persons who were planning a robbery operation in the East Gonja District of the Savannah Region have been arrested by the police Salaga.

A third person, Musa Karim, however, managed to escape.

The two have been identified as 37-year-old Amidu Abudu from Salaga and Bukari Alhaji, 27, from Saboba.

One AK- 47 assault rifle with 37 rounds of ammunition, 4 single barrelled guns with 30 AA cartridges were retrieved from the two who were arrested on September 30 at about 3:30pm upon a tip off.

Savannah Regional Police Commander, DCOP Enoch Adutwum Bediako, said his outfit received a tip off that some young men were planning a robbery in the area.

Based on the information, he said, some personnel were dispatched to the area but the suspected robbers on seeing the police took to their heels. 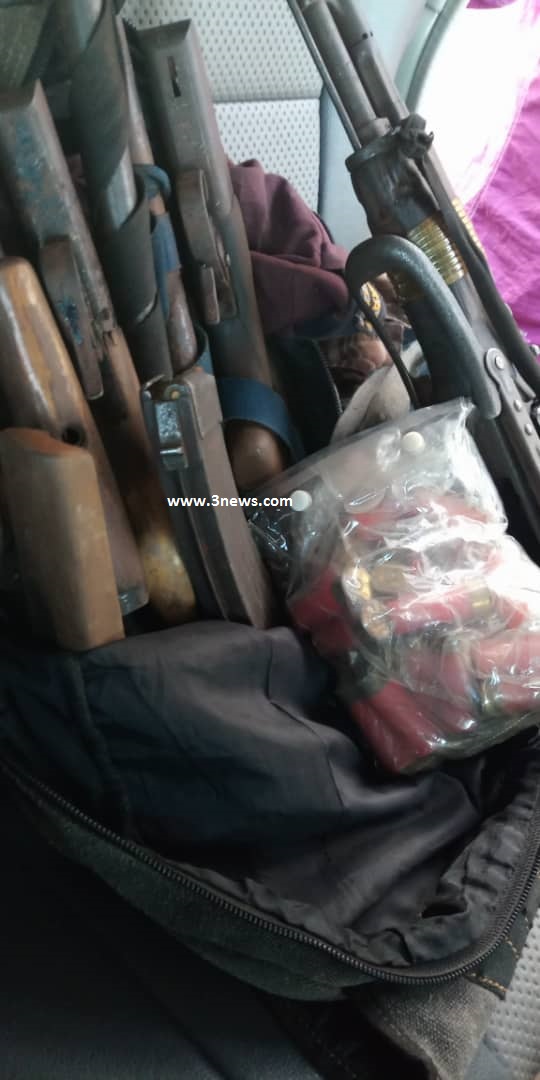 They were chased and two of them arrested.

DCOP Bediako commended the informant for the credible information and urged the public to continue to relay leads to the police.