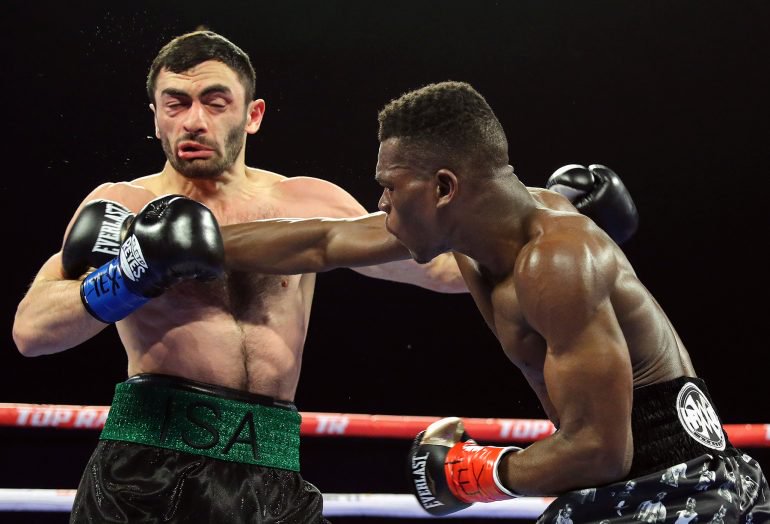 Richard Commey made his second crack at the vacant IBF lightweight title count, claiming his first world title with a second round stoppage of Isa Chaniev.

Commey (28-2, 25 KO) tore through Chaniev (13-2, 6 KO), dropping him late in the first round on a monster right hand. As Commey went to end things before the bell could sound to end the frame, he tripped, which may have been all that saved Chaniev at that point.

But the Ghanaian wasted no time in the second, picking up right where he’d left off. He put Chaniev down with a left hook early in the round, and with Chaniev clearly unsteady as the fight restarted, he charged in and finished things with a final flurry, dropping the Russian for a third time, at which point referee Laurence Cole stopped the bout at 39 seconds of the second round, showing his standard questionable judgment letting it even go that far.

It’s a huge win for Commey, obviously, and fully cements him as one of the top lightweights in the sport today. The winner of this fight reported before the fight to be likely to face WBA and WBO titleholder Vasiliy Lomachenko in a unification bout in April, and that still seems to be the plan.