Pinocchio may be just a children’s fairy tale, but Spanish scientists at the University of Granada recently investigated the so-called ‘Pinocchio effect’ and found that our noses don’t grow when we tell a lie, but actually shrink a bit. Dr Emilio Gómez Milán and his team developed a lie detector test that used thermography to tell if people were lying, and found that whenever participants in their research were being untruthful, the temperature of the tip of their nose dropped up to 1.2 degrees Celsius, while the temperature of their forehead increased up to 1.5C. Scientist also found that drop in temperature at nose level actually caused it to slightly shrink, although the difference is undetected by the human eye. “One has to think in order to lie, which rises the temperature of the forehead,” Dr. Gómez Milán explained the findings. “At the same time we feel anxious, which lowers the temperature of the nose.” For this study, researchers asked a number of 60 students to perform various tasks while being scanned by thermal imaging technology. One of these tasks involved calling a 3 to 4 minutes call to their parents, partner or a friend and telling a significant lie. Participants had to devise the lie themselves during the call, and the thermal cameras picked up this ‘reverse Pinocchio effect’ caused by the fluctuation in temperature in the nose and forehead. 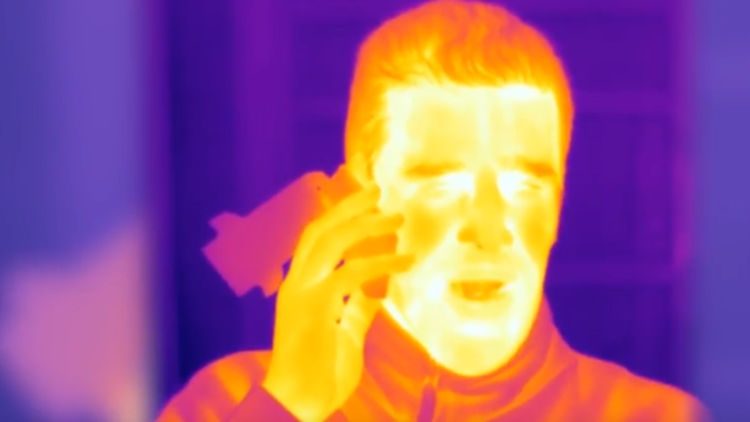 Interestingly, the thermal lie detector picked up the temperature difference in 80 percent of test subjects, which is a better rate of success than that of any modern lie detector. “With this method we have achieved to increase accuracy and reduce the occurrence of “false positives”, something that is frequent with other methods such as the polygraph,” said Dr. Emilio Gómez Milán, who added that law enforcement interviewers could one day combine other lie detection technology with thermal imaging to achieve better results. The thermal lie detector has been dubbed the most reliable in the world, 10% more so than the popular polygraph.