The company in a latest statement asked Ghana government to either revoke the Interpol arrest warrant on Mr Mensah, popularly referred to as NAM1, or agree to a bail bond for the man who has been in a United Arab Emirates jail since December last year.

This, the company explained, will enable the once business mogul NAM1 to facilitate the retrieval of some 39 million dollars from a Dubai gold firm, Horizon Royal Diamond, and others sums of money from its debtors across the globe.

It said Emirati, English, American and Ghanaian lawyers of NAM1 have forwarded a comprehensive communication to Ghana government regarding the recovery Menzgold funds from Horizon Royal Diamond and others globally.

“We urge the government to respectfully revoke the Interpol Red Notice Order or agree to a bail bond for the immediate release of our Chief Executive Officer of Menzgold to continue to pursue the 750kg of gold, now worth $39ntilion from Horizon Royal Diamonds legally without this justice obstruction,” the Monday statement said.

It explained the release of NAM1 will allow him “to freely communicate and meet” with Menzgold business associates and partners who have expressed their readiness to assist the gold firm in meeting its financial obligations to its customers and debt liabilities.

The statement which was signed by the company’s head of communications Nii Armah Amarteifio, said the partners’ decision to help Menzgold settle its financial obligations stemmed from a “favourable judgment” said to have been obtained by NAM1 in the Dubai on April 9.

NAM1 was said to have been acquitted and discharged by the Emirati court which allegedly ordered the Dubai-based company which called for his arrest and later prosecution, to pay him all outstanding debts.

Menzgold said it is seeking “to resolve and give immediate closure to these disturbing matters of the past few months… in order to go ahead with our business as Ghana’s gold hub”.

“We are hoping that government will make a decision regarding these disturbing issues soon, to make way for immediate amicable resolution in its best interest and that of our cherished customers, staff body, the company and the general public at large, as we seek to continue to contribute our bits to national development” the statement concluded.

The Bank of Ghana in August last year issued a public notice that Menzgold Ghana Limited is not licensed and has no authority to engage in the solicitation, receipt of money or investments and the payment of dividends or returns to its clients which is captured in Section 6 (1) of the Banks and Specialised Deposit-Taking Institutions Act, 2016 (Act 930).

It also hinted of impending sanctions, saying after several cautions to Menzgold, it has started discussions with relevant regulatory authorities to sanction them for breaching the law.

Though Menzgold called the bluff of the central bank, it was forced to shut down in September 2018 by the SEC.

Nana Appiah Mensah who was declared wanted in Ghana on January 9, has since December 7, 2018 been in the custody of Dubai authorities assisting in investigations into “suspicious” gold deal gone bad within the Emirati jurisdiction.

On the back of an Interpol alert triggered by the Police CID, the Dubai officials informed Ghana the man, who is wanted to face possible charges of defrauding by false pretences and money laundering, was in their custody.

Earlier, thousands of customers of the company who have had their investments with the firm locked up, for months questioned why Nana Appiah Mensah was not arrested over alleged breaches of the law.

A series of pickets and demonstrations by the aggrieved customers were held mostly in Accra and Kumasi where a lot of them invested their monies for what has been described as outrageous interests.

The customers petitioned President Nana Akufo-Addo and the Finance Minister but claimed they did not get any favourable response from them. 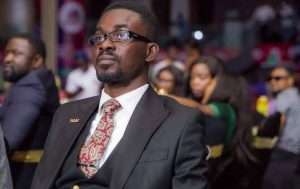