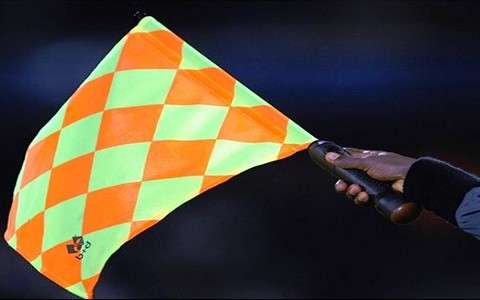 The Referees Committee of the GFA has suspended Referee Imoro Osman and Assistant Referee Joshua Anane for six match-days for their performance in the Division One League match between Tema Youth and Nania FC.

Nania FC in their petition to the GFA accused the Referee for wrongly ruling out a goal for offside and also for general poor officiating in the said match.

After studying a video footage of the match, the Committee found that the referee and his Assistant 1 erred in ruling out the Nania FC goal because the player who scored the goal was clearly onside when the free-kick was taken before he making a connection.

The Committee also found that Referee and his Assistant’s performances were below standard throughout the game especially with some of his decisions in the first half and therefore suspended both match officials for six (6) Matchdays.

Sekondi Hasaacas CEO kicks against reduction in Division One clubs

Meanwhile Referee Sam Zigah has been cleared from any wrongdoing in the Division One League match between Wamanafo Mighty Royals and Nkoranza Warriors.

Nkoranza Warriors claimed in their petition that the referee allowed a direct goal from a throw-in which is against Article 15 of the FIFA laws.

However after watching the video footage, the Committee noted that a player touched the ball leading to the goal and therefore cleared Referee Zigah.

Sekondi Hasaacas CEO kicks against reduction in Division One clubs