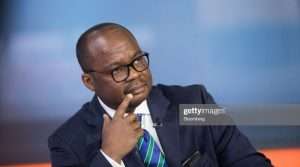 Figures from the Bank of Ghana (BoG) have shown that the profitability of commercial banks in the country declined by almost 10 per cent in 2018, but the central bank says overall, the banking industry remains strong.

The reforms, which saw the minimum capital requirements of banks moved up from 120 million cedis to 400 million cedis, saw the total of 34 banks in the country downsized to 23 between 2017 and 2018 as some were collapsed over liquidity challenges, bad corporate governance among others.

Speaking at the first CEOs Breakfast meeting of 2019 by the Ghana Investment Promotion Centre (GIPC) Senior Partner at PwC, Vish Ashiagbor said “profit growth did come down, but the sector actually still remains quite profitable”

In the wake of the reforms, he said there were negative press which suggested the banking sector had collapsed, but indicated the situation on the ground, per the BoG figures, shows otherwise.

“There have been a lot of press and sometimes it’s been significantly adverse and you might think that the whole sector is at the verge of collapse but that’s not quite the case,” he said

The issue of non-performing loans which affected a lot of the collapsed banks, he noted, has improved within a year.

“You can see that it’s actually improved because the ratio is reduced so the level of nonperforming loans has actually come down,” he said.

Mr Ashiagbor said capital adequacy ratio by virtue of capitalisation and other initiatives introduced by the central bank has gone up.

“That is precisely why the reforms are important because what you see today depending on how we manage thing going forward, these numbers will change. Despite all the bad news, the banking sector remains strong,” he stated.

For his part, the head of banking supervision at BoG, Osei Gyasi, justified the decision to reform the banking industry, stating the overall objectives were to ensure resilience and efficiency of the sector, to protect deposits of customers placed at the disposal of the banks.

He agreed with the assertion that the Banks and Specialised Deposit Taking Act [Act 930] is one of the “very dangerous Acts” to have been enacted, considering the fall out of its implementation within the last two years.

Notwithstanding, he said the reforms has “significant improvement” in the liquidity positions of banks.

He said the banks have now started recording high deposit taking after some customers withdrew their savings in the wake of the reforms.

“We saw people taking their monies out of the banks because of what happened but available returns that we have received recently indicate that bank deposits are growing… deposit levels are rising” he indicated.

The development, he said, confirms that people now have confidence in the surviving banks.

They “think that the banks that have survived, have come out of the reforms, are capable of maintaining the deposits that they put at the disposal of these banks” Mr Gyasi said.

Meanwhile he said to move the country’s economy forward, the banks need deposits that are medium to long term, noting that will enable the banks to finance long term projects and give them brighter opportunities.

My family means more than my career- Anita Erskine

My family means more than my career- Anita Erskine