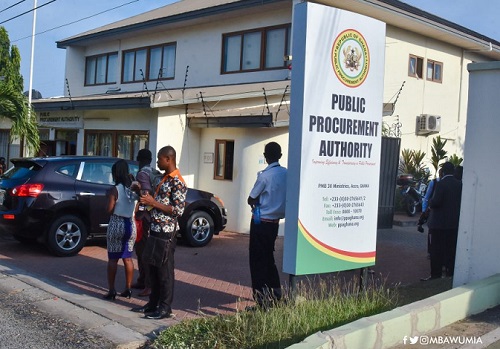 The Ghana Institute of Procurement and Supply (GIPS) is demanding full scale investigations into all contracts awarded through restricted tendering and single-source methods in a bid to expose procurement breaches.   On the back of allegations of conflict of interest and corruption against the suspended chief executive of the Public Procurement Authority, Adjenim Boateng Adjei, GIPS wants the Auditor General, Special Prosecutor and CHRAJ to investigate contracts single-sourced.

In a statement issued after and emergency meeting Thursday, the Institute said recent media reports of various forms of violations of the country’s procurement laws have become a source of worry to GIPS. “This trend has a devastating effect on the practice of the profession in accordance with global best practices and bastardises the future development of the procurement and supply chain management function,” it said. The statement signed by President of GIPS, Collins Agyemang Sarpong, indicated that the “negative reportage” is having “negative psychological effect” on the large cadre of young procurement and supply professionals. For GIPS, these allegations become imperative for the three state bodies to investigate all restricted tendering and single-sourced contracts to establish the veracity or otherwise of the allegations. “We believe that these alleged infractions could not have been perpetuated without the collaboration of other persons in the procurement entities,” it argued. As a long term measure, GIPS wants President Nana Akufo-Addo to sponsor the passage of an ACT granting the Institute a Charter and the formation of a Governing Council to regulate the conduct of professional procurement practice and the licensure of membership. Disciplinary proceedings against PPA boss Meanwhile, GIPS said it has initiated disciplinary processes against Mr Boateng Adjei, who is a senior member of the Institute following his alleged complicity in the sale of government contracts to entities. [caption id="attachment_133401" align="aligncenter" width="640"] 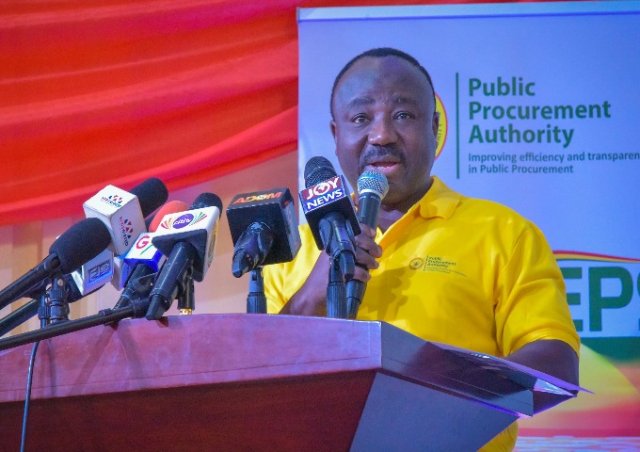 Mr Adjenim Boateng Adjei[/caption] Investigations by freelance investigative journalist, Manasseh Azure Awuni, has revealed that Talent Discovery Limited (TDL), a company incorporated in June 2017, which has Mr AB Adjei as a shareholder, has won a number of government contracts through restrictive tendering. The journalist established in the documentary that the company was engaged in selling of those contracts to other entities including a phoney company he (the journalist) set up for the purposes of the undercover job. Undercover encounters with the General Manager of the Company, Thomas Amoah, revealed that the company was selling a ¢22.3 million road contract to K-Drah Enterprise, the phoney company Manasseh used for the investigation. This contract was awarded to B-Molie Limited, a company Mr Amoah said was a sister company of TDL. TDL also had for sale, a Ministries of Works and Housing contract, to construct a concrete drain in Santa Maria in Accra as well as a contract to build a one-story dormitory block in the Asante Akim North District. Commenting on the issue, GIPS said it has been dismayed by the allegations against the suspended PPA boss, but has activated disciplinary processes in line with its constitution and code of ethics. Mr Boateng Adjei, it said, “shall be afforded the opportunity to appear before the committee, to respond to the allegations levelled against him… and if found guilty of breaching our code of conduct and constitution, be subjected to the applicable sanctions”. It however did not say how long the disciplinary processes will be concluded and the possible sanctions to be applied in the event Mr Adjei is found guilty. But it has assured that the findings will be made public. By 3news.com|Ghana]]>

I knew CHRAJ was up to mischief – Sacked PPA boss