Some residents besieged the Police station after the man was rescued[/caption] A 25-year old man was nearly lynched Thursday after he was accused of kidnapping four children at Ejisu in the Ashanti region. The man, whose name was not given, was arrested with four children under a strange circumstance, causing some residents to raise kidnapping alert. He was beaten to the point of being lynched but the swift intervention by the police saved the suspect and was immediately taken to the Ejisu Divisional Police Command for interrogation. Police investigators concluded after a thorough interrogation that the suspect is mentally unstable. Divisional Police commander, ACP Stephen Tane Ngissah, said they have also established the four children the man was said to have kidnapped were actually his nephews. “After realising one of the children was in a school uniform with Tikrom M/A primary stamp on it, we contacted the Assembly woman for the area to assist in identifying the families of the children. She came, identified them, and called their grandmother. The grandmother of the children, Ama Agyapomaah, confirmed that the suspect too is her son but is suffering from mental illness” ACP Ngissah said. [caption id="attachment_128662" align="aligncenter" width="704"] 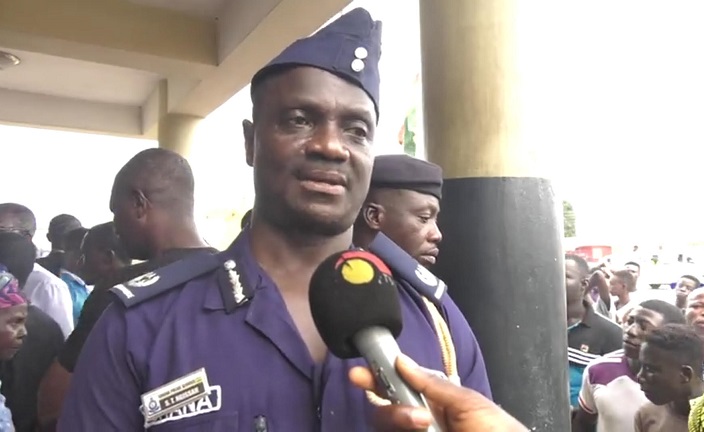 ACP Ngissah[/caption] Recent incidents of kidnapping in the country have put residents on high alert. But the police chief is cautioning the public against instant justice. “The public should not be quick in taking the law into their hands when they suspect a crime else innocent lives will be lost” By Ibrahim Abubakar|3news.com|Ghana