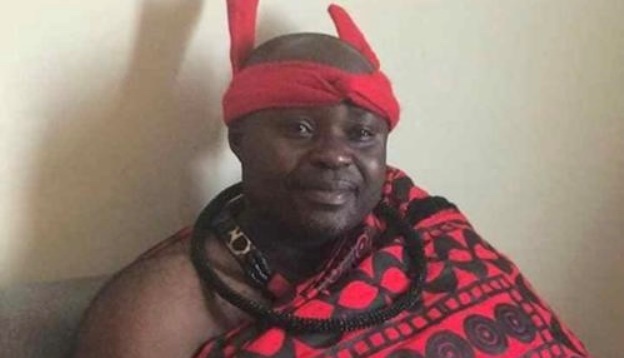 Police in the Ashanti Region have commenced investigations into the murder of Asantehene’s Asamponhene, Oheneba Kwadwo Afordour.

News about the death of the Asamponhene broke on Sunday, August 18 after he was found in his car with stab wounds.

The Ashanti Regional Police Command confirmed the murder of the Asamponhene in a statement released on Monday, August 19, 2019.

They indicated the body of the deceased was found in his vehicle near Ebuom on the Ejura-Nkoranza Highway at about 4:30pm on Sunday.

According to police, investigations have begun into finding the perpetrators of the crime.

“It is believed the late chief was murdered and his body deposited at the back seat of his Toyota Land Cruiser vehicle and abandoned at the outskirts of the village.

“Police have since commenced investigation into the case and is working earnestly to get the perpetrators arrested.”

It further appealed to the general public to volunteer information to aid investigations.

Read the police statement below: 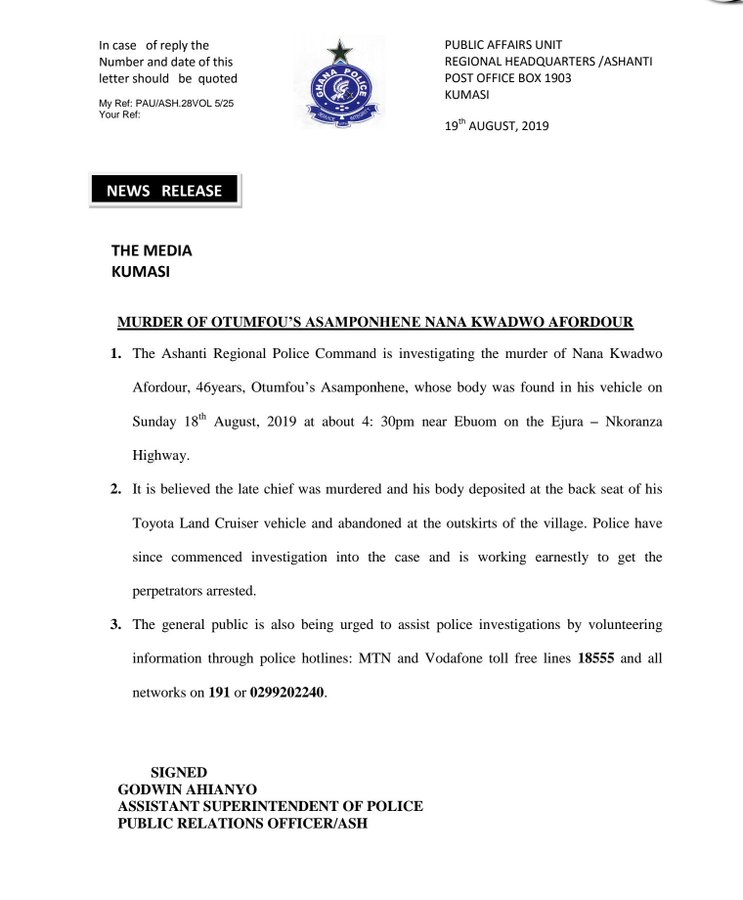