File[/caption] A woman who happened to be on board a taxi caught during a crossfire between police and some suspected armed robbers at Esuekyir near Ankaful in the Central Region has lost her life. She was hit by a stray bullet. Her husband, Aboagye Okyere, 47, who was also on board the taxi, is battling for his life. A school girl, 15, who was also by the road looking for a car for school, was also hit by a bullet from the crossfire. Narrating the incident to journalists on Thursday, Central Regional Police Commander DCOP Paul Manly Awini said a patrol team had information that a BMW salon vehicle with registration number GT 4523-J had been used by some suspected armed robbers in an operation. The police therefore pursued them. They damaged and broke barriers and check points on the Praso Jukwa road in the process and sped off. On reaching Ankaful junction, the suspected robbers exchanged shots with the pursuing police patrol team. During the crossfire, some occupants of a taxi cab with registration number CR 523-17 were caught up between the police and robbers. Mary Aboagye, 38, died instantly after being hit by a bullet. The police said the BMW ran into a ditch and one of the four occupants rushed out into a near-by bush, firing from a rifle. 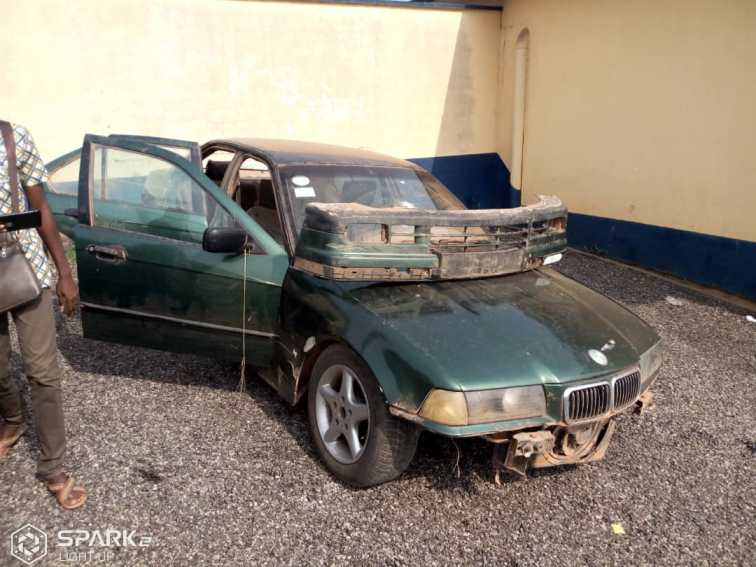 Two were, however, arrested after being caught injured. They are Joseph Quansah, 36, and Daniel Ewusi. The police say the vehicle of the robbers has been impounded. Seven live and five dead goats were found in it. 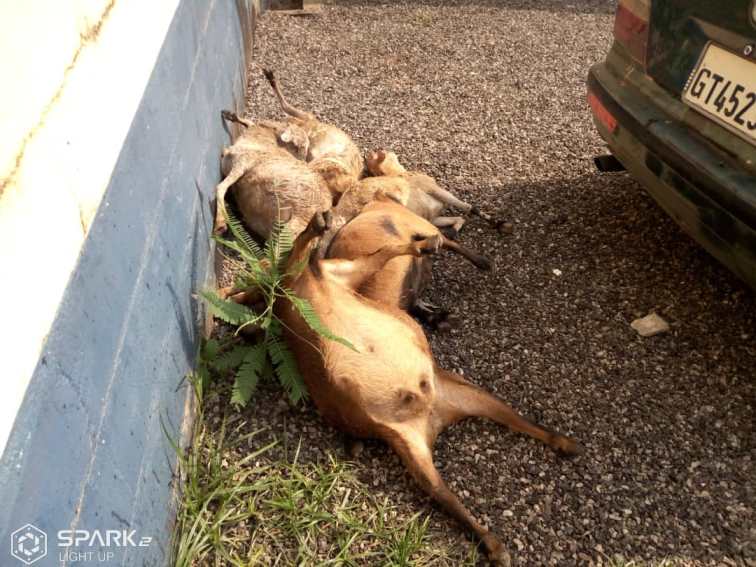 Meanwhile, the Inspector General of Police (IGP) has directed an investigation into the whole incident, especially regarding the death of the woman.