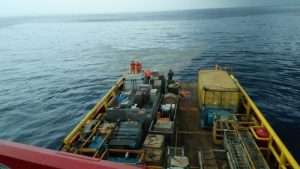 Concerns by the minority in Parliament regarding the AGM Petroleum Limited contract, which it said was “sell off” were ignored as the house approved the reviewed contract.

The critical decision to accept the recommendations of Parliament’s Mines and Energy Committee was done through voice vote supervised by the Speaker Prof. Aaron Mike Oquaye on Friday evening.

However, Parliament ordered that government amends portions of the agreement to, for instance, increase GNPC’s additional interest in the block from 3% to 10%.

A few hours to the approval, the minority had told journalists at a press briefing that the new agreement will see the country’s stake in the oil contract reduced from 43% to a paltry 18%.

Minority Leader, Haruna Iddrisu had told the media that the deal will cost Ghana about $10 billion, and having had initial assessment of the contract, it is not in the interest of the state, hence it should be withdrawn.

“We in the minority believe that, this negotiated agreement is a complete sell off, particular that there is evidence that GNPC invested over 30 million in acquiring data and reducing exploration risk over the block,” he said.

Even the Committee of Mines and Energy was divided when it sat in chambers to consider the contract. This was evident in the recommendation report it presented to the august house. It admitted that its conclusion was not unanimous but by a “majority decision”.

Approval of the amendment by Parliament means the AGM Petroleum block covering the South Deepwater Tano contract area will be handed to Aker Energy.

Why ‘How do I look?’ is one of the hardest questions to answer