The Public Accounts Committee of Parliament (PAC) has recommended the conduct of a forensic audit into the finances and management of the Ghana Trade Fair Company (GTFC) Limited.

It also asked the management of the company to work out the modalities for the payment of salary arrears of former employees of the company within two weeks.

The Chairman of the PAC, Mr James Avedzi, made the recommendation following the inability of a former Chief Executive Officer of the company, Dr Ebenezer Erasmus Okpoti Koney, and a former accountant of the company, Mr Tieku Kyeremarteng, to explain the circumstances behind the loss of payment vouchers totalling about GHc300,000 in 2014.

He said if Parliament approved the recommendation for the audit, the company would be audited to expose any financial malfeasance or poor corporate governance issues.

The PAC summoned Dr Koney and Mr Kyeremarteng to appear before the committee to explain the circumstances under which thieves allegedly broke into offices of the centre and stole payment vouchers totalling about GH¢300,000.

The order was given when the current CEO of the company, Dr Agnes Adu, appeared before the committee to respond to queries raised in the 2016 Auditor General’s report about the centre.

Dr Adu indicated that during the auditing of the company in 2014, the auditors could not trace the payment vouchers amounting to GH¢300,000.

She said per the Auditor General’s report, the auditors were told that the payment vouchers were stolen from the accountant’s office.

Unsatisfied with that explanation, Mr Avedzi directed the clerk to the PAC to invite Dr Koney and Mr Kyeremarteng to appear before the committee to respond to the queries relating to the missing payment vouchers.

Answering questions on the missing payment vouchers, Dr Koney said when the payment vouchers were stolen, he wrote series of queries to the accountant demanding answers for the purported stolen vouchers.

He said he reported the matter to the police but the police had not effected any arrests.

Dr Koney, therefore, welcomed the decision to audit the company to establish the true state of affairs.

For his part, Mr Kyeremarteng said the payment vouchers were not stolen from his office since his office was not broken into.

He said it was rather the server room which was broken into but not his office.

Reacting to the PAC’s recommendation, Dr Agnes Adu said her outfit would take the necessary steps to pay the outstanding arrears of former workers of the company.

Besides, she said, she would continue with efforts at revamping the company to make it more profitable.

[VGMA Artiste of the Year] The Age Factor: Facts behind the figures 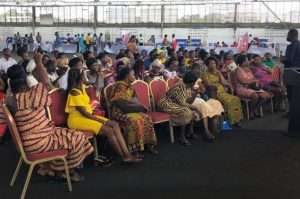 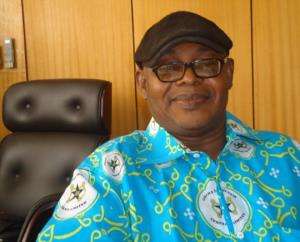