Eight vehicles were involved in an accident between Darkuman Junction and Dansoman Junction on the Odorkor-Kaneshie stretch of the Accra-Kasoa Highway.

There was only one casualty who had a fracture at the knee.

But all the eight vehicles were affected.

The accident occurred when the driver of the DAF failed break and as such rammed into the Daewoo Matiz, which also ran into the remaining vehicles.

The driver of the DAF truck in an interview with Onua FM said he was driving from Odorkor to Kaneshie and then a few meters after the Darkuman Junction traffic light, the rest of the vehicles were waiting for the green light at Dansoman Junction to be on so that they can drive through.

But upon realizing that, he started applying the break but could not and as a result ran into the vehicles.

Police personnel from the Odorkor Motor Transport Traffic Department of the Ghana Police Service had been to the scene to tow the vehicles away.

Meanwhile, the road at the Dansoman Junction is in deplorable state as vehicles struggle to ford through. 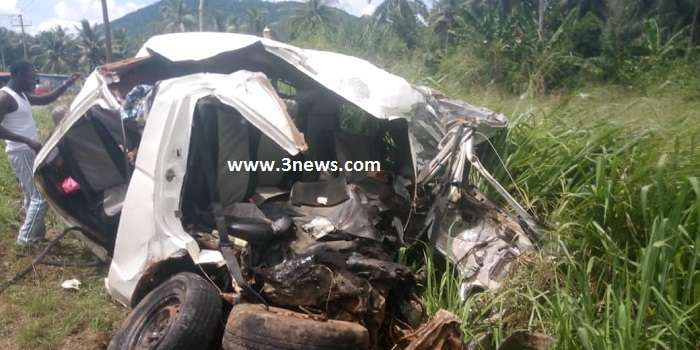