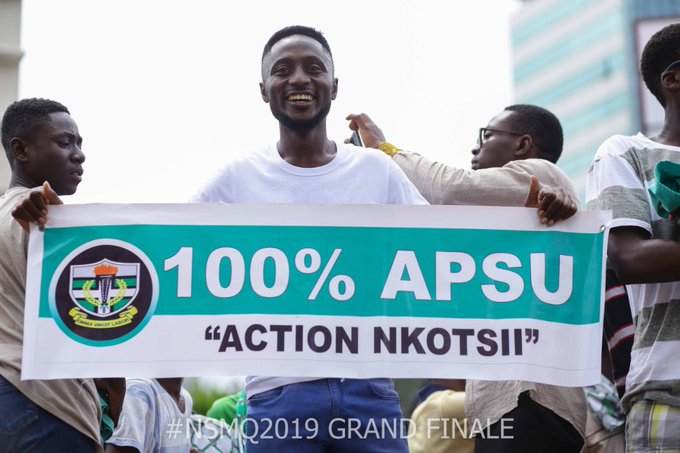 “St. Augustine’s College after battling dozens of competitors in this year’s competition deserve laurels for exhibiting knowledge and a captivating performance as well as proper sportsmanship,” NUGS said in a statement on Thursday.

“We commend the teachers and scholarly teams that competed in this year’s event from all across our country.”

NUGS expressed appreciation how successful the quiz competition has been “and hopes the major interest generated would refocus and redefine attitudes in strengthening science and maths education in Ghana”.

NUGS also congratulated the organisers of the academic competition, all the competing teams as well their teachers, who devoted valuable efforts to the success of this event.

“Well done St.Augustine’s College and greater success to all schools in next year’s competition.”

Let’s find a decent way to dissent – Gyampo on boos...