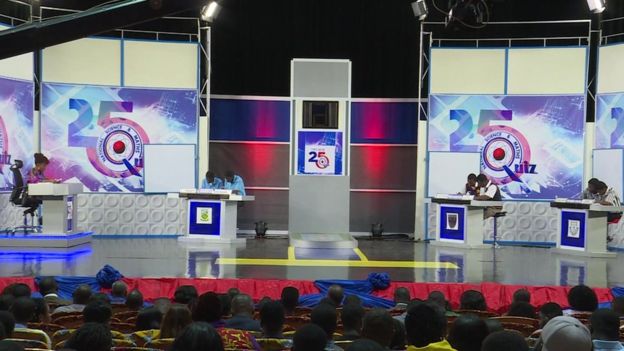 We live in a society where a present loss over many previous victories is seen as a total loss. A place where efforts of the hands and feet mean nothing as long as the head did not wear the crown.

Before you jump at me, I am not a past student of neither of the finalist schools of the 2019 National Science And Maths Quiz (NSMQ). And my alma mater, Koforidua Senior High Technical School was earlier eliminated though we anticipate a better comeback in future participations. My write up, then, purely focuses on the social media adopted word ‘trolls,’ the approach to NSMQ and how we unconsciously underestimate other disciplines not directly associated with majors in Maths and Science (Biology, Physics, Chemistry). Besides, every subject of study has some traces of Maths and Science: talk of pressure-cooking in Home Economics (Physics-related) or use of the angle-izer in Mosaic Arts (Maths-related). Why then do we look down upon other disciplines of study?

The term ‘trolling’ in social media is an internet slang that expresses how people start quarrels or upset people to distract and sow discord through digressive posts with the intent of provoking harassment or amusement (Wikipedia). If you still want to argue over how different ‘fun & excitement’ is from ‘trolling & mockery’ wait until you are the one being trolled. While a ‘previous achiever’ is always better than a ‘non-achiever,’ ironically, non-achievers mock the most.

Clearly, no sane person is against the celebration of victory especially one resulting from diligence, resilience and intense competition. But when mockery is misrepresented as humour, we should be discerning enough to realise the switch and ensure the energy of inspiration is not siphoned by so-called cheer and excitement. Trolls usually start off as fun and exciting; however, its adverse effects supersedes and betrays its intention. Particularly for competitions like the NSMQ, what trolling does is:

– Suddenly, all you have achieved in the past means nothing.

– You are mocked for even joining in the competition in the first place.

– You are mocked for daring to compete at a final stage.

– You are mocked for standing for what you believe in when the conviction does not yield the expected results.

– You are mocked for not being able to advance previous achievements into present time.

– The only thing that matters is who has the crown; those who do not are not even regarded at all.

– Subtly, we are pushing people into fearing a start: “if I fail, will I be trolled?” will be the question on the mind of starters – be it in academic, business or career pursuits.

I am concerned about the seed of envy, biased alliances and opportunistic tendencies that this so-called trolling is breeding in this generation especially among the youth. If this so-called humour and excitement is not properly defined as the mockery that it is, we will all wake up someday and realise that the people we call ‘’friends’’ and “supporters” have acted as opportunists all the while (many a time, unconsciously). In fact, people will not even realise that they shouted ‘friend’ as long as the winning seat was maintained. In so doing, the weak and nonachievers will always be satisfied with the amusement of trolls instead of carefully analysing the losses of others to learn from and improve upon. Like my wife said, “we will not also realise that our favourite support, friends, are those who call us ‘champions’ for scoring 100/100 in times past but tag us a complete failure for scoring 99/100 in the present.”

I am very sure that one of the things that made some competing schools lose self-confidence is because of how they vividly state a winning-conviction which does not happen as expected right from start hence losing the confidence to keep upholding the inspiration. In this regard, I do not refer to the quiz only but society in general. As a friend puts it, “society does not care about second or third place” yet we find many great achievers in our country whose schools have never competed in the NSMQ not to talk of getting to the finals to win a second or third place.

As a matter of fact, as big as our country is, how many NSMQ contestants can rise to occupy every seat of leadership and societal influence? What about the carpenter, mason, caterer, craftsman, fashion designer, tiller, steel bender, among others who never had a formal secondary education? Not to even talk of his or her school competing in a quiz. I do not in any way say that those whose schools compete are not achievers. Many congrats to every participating institution especially the finalists and ultimately the winners. Scaling such heights are praise-worthy and worth emulating.

However, how do we conclude that a school is “best” because it goes for NSMQ and wins? What about the many institutions which do not offer Science and Maths as majors?

I saw people trolling Archbishop Porter Girls Secondary School for winning the maiden edition of the OngaCookArt challenge which took place just about the same period as the NSMQ as if to say that people do not eat and drink before and after (and even during) the quiz!

We are treading on very dangerous grounds with these trolls. If we do not kill this humour-coloured snake called trolling, we will hang it around our necks for its beauty and it will reward us with surprising bites whose venom may suffocate the confidence and achievements of on-coming generations! If we do not curb this thing called ‘trolls’, a time is coming where we will not be bold enough to succeed and bold enough to fail. We will see failure as an abomination (which it is) but not as a better preparation for a glorious comeback.

Also, I would like to propose that a more practical approach to the NSMQ be adopted. Our senior high schools have many challenges in one way or the other. We can inculcate the implementation of projects to make the theories more useful for our economy. In this quiz, we see brilliant minds who can remember theories but poor in applying them for everyday living. What if the Problem Of The day, for instance, was a question on how to design a more effective way of obtaining water from a water-crisis-hit institution using the mechanics branch of Physics? We should applaud the efforts of the organisers of this august programme. We cannot imagine the many who have overcome the fear of studying Science and Maths through the NSMQ. Thanks to this initiative, our nation is blessed with many professionals with backgrounds in Science and Maths majors. But much more can be done; the OngaCookArt competition is a good example of how theoretical learning can be harnessed into practicality.

What if in the future we have national quizzes and projects for subjects in business, agriculture and arts? Can we perceive how many Dieticians, Nutritionists, Chefs, or Food Process Engineers we can produce if much attention and support is given to practical quizzes like the OngaCookArt? In so doing, would we not open up the nation and our parents to many other career paths apart from being a Doctor, Nurse, Pharmacist (the major careers known for Science majors)? And would we not have Medical Doctors and Nurses who are entrepreneurial too?

And for those who shamelessly advocate chauvinism and misogyny against participating girl schools, like a post I saw where one asserted that our girl schools will never make it to the finals to even brace a winning trophy, wait till all your children are girls! And if that never happens, wait till you have to submit to female intelligence if, indeed, intelligence is associated with gender at all!

Well, it does not seem that trolls, NSMQ trolls, may end soon. Even so, let every achiever see a troll as a scalpel to heal wounded society but not as a dagger of retaliation to further kill potent dreams, hopes and aspirations. I am not saying we should not let people know where they go wrong to correct them but in so doing, we should be driven with the motivation to help them back on their feet for greater feats.

Yes, we are very much aware of the strategy of competitors to make opponents feel inferior; but I do not think the NSMQ has been reduced to a hostile competition for breeding enemies rather than being a common platform to inspire a healthy competition for solution-breeding and nation building.

The writer the president of SoundLife Group, a life-coaching network that empowers the youth in career guidance, counselling, public speaking and temperamental management.