No uncompleted hospital will be abandoned – Govt 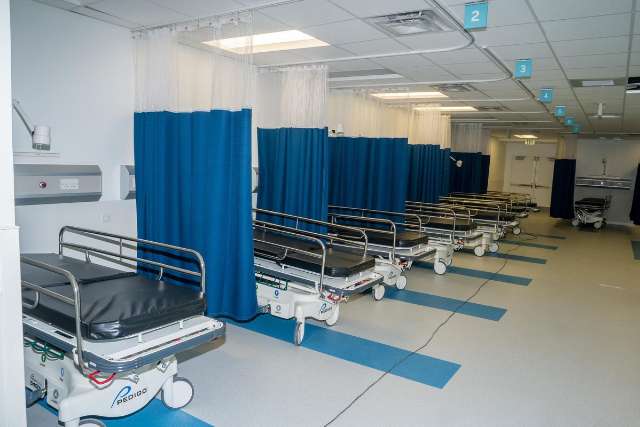 The Director of Communications at the National Disaster Management Organization (NADMO) has maintained that the government is committed to completing “abandoned” hospitals in addition to the 88 district hospitals.

Mr. George Ayisi asserted that government has not abandoned any hospital but was only adding to existing health facilities to improve health care delivery.

Coping with grief and loss; Families take to dummy burials as cultural rites of passage are prohibited for Covid-19 victims

President Akufo-Addo during his 8th address on efforts in fighting the corona virus explained that 88 100-bed capacity will be constructed in districts that do not have hospitals.
Concerns have been raised by opposition political parties as to when the construction will commence and accused the government of abandoning most hospitals that need to be completed.

Speaking on Onua TV’s Maakye hosted by Bright Kwasi Asempa, Mr. Ayisi said “the 100-bed fitted for the districts will start by June”.

“We will not abandon any project,” he assured.

Mr. Ayisi said “when the corona virus came, the free water and electricity relief were not captured in any budget yet we are doing it. Free food and 50% salaries increment is not in any budget. It is not in the 2020 budget we provided it. That is contingency”.

But the former Member of Parliament for La Dadekotopong, Nii Amasa Namoale, who was also on the show demanded that “the president should define the hospitals to the people of Ghana and stop the propaganda”.

Investigative journalist, Anas Aremeyaw Anas, has said he is satisfied with the response to his latest COVID-19 documentary titled ‘Cashing...

The International Monetary Fund (IMF) has noted that although emerging market economies have instituted measures to deal with the impact...

Coping with grief and loss; Families take to dummy burials as cultural rites of passage are prohibited for Covid-19 victims