But for the other eleven surrounding communities, Assin Kushea in the Assin North District of the Central Region would have had its only health centre rendered a white elephant. This is because the inhabitants of Kushea do not attend the facility frequently, a situation which has been attributed to the clean environment in the community. For the past 11 years, no case of cholera-related illnesses has been reported from Assin Kushea at the Kushea Health Centre. The centre admits patients from communities such as Abotre Ye 1, Abotre Ye 2, Breman, Dense, Nenkyiso, Nyame Ye Dur, Akyeano, Tetre Nkwanta, Sempa, Ketukrom and Ama Camp. This, according to the hospital authorities, was as a result of the neat nature of the town and had it been Kushea alone, the health centre would have been fallow. The Physician Assistant and the Officer in Charge, James Muuzoleeh, made the revelation in an interview following a visit of Media General (MG) to the town as part of its sanitation campaign. MG’s campaign is geared towards fighting filth in the country as part of President Nana Akufo-Addo’s vision to make Ghana one of the cleanest countries on the continent. Assin Kushea, a farming community in the Assin North District of the Central Region, can boast of clean environment as a result of measures put in place by the chiefs and people. Due to this, the inhabitants do not report of diarrhoea cases at the health centre. Mr. Muuzoleeh said “occasionally, we have a few cases of diarrhoea but in terms of malaria cases, it is just as any other hospital. It is the top-most of reported cases but we have not done any research whether it is related to the cleanliness of the town”. [caption id="attachment_130117" align="alignnone" width="779"] 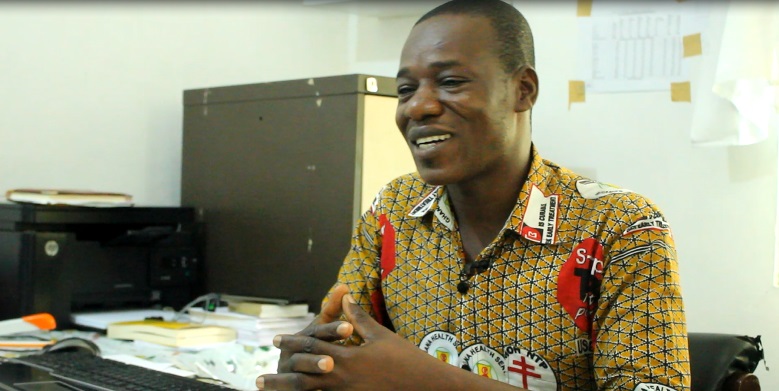 James Muuzoleeh is the Physician Assistant at Kushea Health Centre[/caption] The Physician Assistant said he has been posted to the health centre since 2011 and no cholera case has been reported. “The town is indeed very clean and it has contributed to the reduction of cholera cases. Since I came here 2011, we have never had cholera cases in this community so maybe we can attribute that to the sanitation situation,” he explained.

READ ALSO:  Gov’t secures 20k bins to augment sanitation campaign
Factors for high malaria Explaining why he thinks reported cases of malaria is high at the health centre; Mr. Muuzoleeh said “a few factors might be accounting for the malaria cases”. “For instance, when you go to the other side of the community, the surroundings are clean but a few areas, when you go to the back of their houses, probably the place is bushy, maybe they dump a few containers there so these containers may contain water and that probably lead to the malaria in Kushea Health Centre here.” He added that inhabitants of Kushea do not patronize the facility but rather patrons are mostly from the surrounding communities. “Kushea itself as a town, we don’t normally get malaria cases. Most of our cases are from the surrounding villages. So in terms of the town, the cleanliness is helping but because we are surrounded, they are not the only people that access the facility.” Mr. Muuzoleeh explained that “if it is Kushea alone, they don’t normally access health care, but those villages around”. Campaign in other villages He said what the Centre has taken upon itself is to educate residents from other communities who visit the centre frequently to emulate the Kushea examples to avoid getting ill. “There is a community just around Kushea called Breman. We had a meeting there last week Friday and we talked to them about sanitation because we realized there was a refuse dump in the middle of the town. So we met the chief and we discussed with them that this refuse dump in the middle of the town might lead to cholera outbreak when the rain starts.” He said “the next time we visited the place we realized they have cleared the area and so we are replicating to other surrounding villages to ensure that we have a total reduction of malaria and diarrhoea related cases”.
READ ALSO:  Sputnik V: You'll be wrong if you compare ex-factory prices – Nsia-Asare
By Kweku Antwi-Otoo|3news.com|Ghana]]>

Children get cancer too, but can beat it if treated early