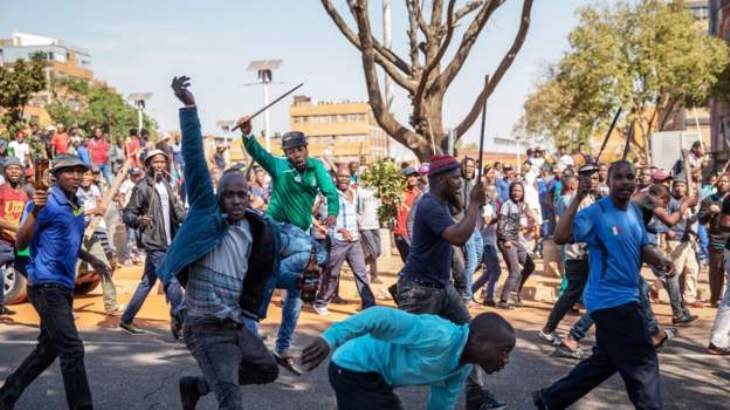 The owner of Air Peace Airlines was willing to evacuate Nigerians free of charge on Friday, it said.

“Interested Nigerians are therefore advised to liaise with the High Commission of Nigeria in Pretoria and the Consulate General of Nigeria in Johannesburg for further necessary arrangement,” the statement added

The attacks on foreign-owned businesses in South Africa have angered many Nigerians who feel they are being unfairly targeted.

Nigeria’s Foreign Affairs Minister Geoffrey Onyeama told a news conference on Wednesday that, according to the information available, no Nigerians had been killed in the unrest.

However, he said the government was considering recalling its high commissioner to South Africa and demanding full compensation for Nigerian businesses that had been damaged.

The BBC’s Ishaq Khalid in Nigeria’s capital, Abuja, says it is the latest expression of rising tension between the two nations over the situation facing foreigners in South Africa.

Nigeria has decided to boycott the World Economic Forum in South Africa this week over the attacks.

It has told its citizens to “avoid travelling to high risk and volatile areas” in South Africa until the situation is brought under control.

And retaliatory attacks on South African businesses by protesters in a number of Nigerian cities have forced the telecommunications giant – MTN – to close all its shops and service centres.

Earlier in the week, President Muhammadu Buhari said he was sending an envoy to South Africa to express Nigerians’ “displeasure” over the violence.