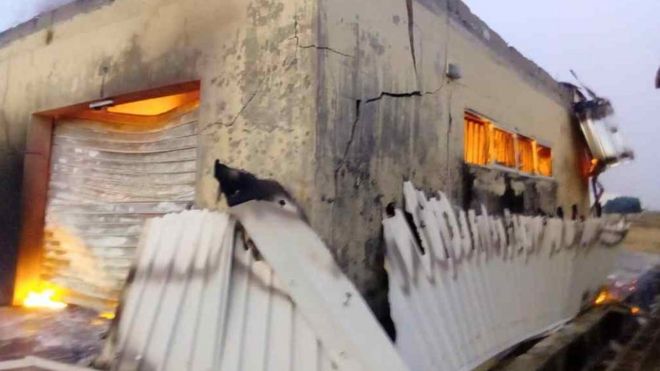 An office for Nigeria’s election commission has been burned down just six days before the country is due to vote in a general election.

The fire in Plateau State has destroyed everything needed to vote, including ballot boxes and voting slips. A spokesperson called it a setback for the preparations for the election but is quoted in This Day as saying that it is too early to suspect sabotage. The general election is due to be held on Saturday. On Sunday President Muhammadu Buhari warned of potential electoral fraud. “The Economic and Financial Crimes Commission has raised concerns over laundered money being funnelled into vote buying,” he said an editorial published in the Pulse newspaper. He is running for re-election in Saturday’s poll where more than 84 million people are registered to vote. Although there are many presidential candidates, analysts say Mr Buhari’s main contender is former Vice-President Atiku Abubakar. Source:BBC]]>