The Minister of Finance, Mr Ken Ofori-Atta, on Tuesday told Parliament that it cost the nation 8.97 million dollars to print the100 and 200 denominations recently introduced.

He added that information obtained from the Bank of Ghana showed that an amount of $5.39 million of the total contract had been paid.

Mr Ofori-Atta disclosed that when he appeared before Parliament to answer a question from the Member of Parliament for Lambussie, Mr Edward Kaale-Ewola Dery on how much it cost the state to print the new GH¢100 and GH¢200.

The legislators also asked the minister of he did not consider that printing the entire notes could encouraged people to keep their money at home, thereby reducing savings and deposits at banks.
Cashless inevitable

Responding to the question, the minister told the House he did not anticipate a drop in savings culture in the country just the same way when the GH¢50 denominations were issued.

“I am quite comfortable it will not affect our savings as we see it because we did not see any precipitous drop when it was GH¢50 and $50,” he said.

On the question of whether the printing of the new currencies contradicted the efforts by the government to introduce a cashless economy, the Mr Ofori-Atta said the emergence of technology had made cashless society almost inevitable.

“Larger denominations are needed within the context of all that we do. I am not really sure what ill is being done by having higher denominations but inevitability of us being cashless is an issue of technology and I do not see how it is going affect the velocity in which cash flows in our country,” he said.

He stopped short of telling the House the sum total of each of the two currencies—GH200 and GH100—that were printed.

He, however, assured that house he would reach out to the central bank, which was in charge of currency management, to obtain the figures.

On the question from the MP for Bolgatanga Central, Mr Isaac Adongo, on how much of the excess funds after capping the Stabilisation Fund had been transferred to the Sinking Fund for 2017 and 2017 fiscal years, he said in 2017 the Ghana Stabilisation Fund (GSF) was not capped.

He said there was therefore no excess amount transferred to the Contingency Fund or Sinking Fund for debt repayment.

“Mr Speaker, paragraph 199 of the 2018 budget statement and economic policy of government capped the GSF at $300 million in line with section 22(3) of the Petroleum Revenue Management Act.

“Pursuant to the above provision of the PRMA, a total amount of $283,972,853 which was the excess over the capped amount was for the year 2018 was transferred to the Sinking Fund for debt repayment,” he answered.

Answering a question on how much debt he had repaid, Mr Ofori-Atta told the House that

At a glance
The Bank of Ghana spent a total of $8.97 million to print the new GH¢200 and GH¢100 currencies, the Minister of Finance, Mr Ken Ofori-Atta, has disclosed. 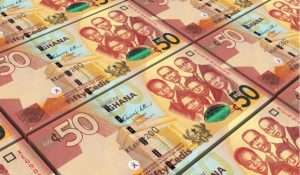