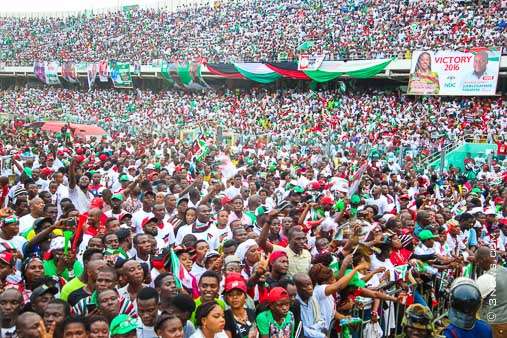 The National Democratic Congress (NDC) is planning a series of mass actions to stop the Electoral Commission, Ghana (EC) from changing the country’s voter management system, its Deputy General Secretary has hinted.

Peter Boamah Otokunor said scores of disenchanted Ghanaians will be rallied by the largest opposition party to stop the EC from going ahead with its plan to replace the voters’ register.

The Commission through its Deputy Chairman in charge of Operations, Samuel Tettey,on Tuesday, December 31, 2019 reiterated the need for a new system to manage the register, saying the current system cannot meet the requirements to support this year’s elections and even beyond.

He said the cost to get a completely new system is less than the cost of regularly maintaining the existing one.

But speaking on TV3’s Midday Live on Thursday, January 2, Mr Otokunor said the move by the EC is a complete waste of resources.

He said the NDC has maintained that the data is intact and a new software is only what is needed by the EC.

The NDC, he says, recommends that the existing data should just be lifted into a new software.

According to the EC, it will cost $6 million to have a new system while maintaining the old periodically would cost $15million.

Mr Otokunor said that money can be used to build hospitals, roads as well as other social amenities for the country.

“We think that the well being of the people must be paramount and not the parochial interest of one party,” he said.

He, therefore, served notice that the party will begin rallying other Ghanaians who share in their ideals to resist the EC’s move.

“There is a lot that we are going to do to resist this.”

He said they will capitalize on the “strength” and “power” of the people to prosecute their planned protests.