National Democratic Congress (NDC) parliamentary aspirant John Dumelo has said his party is ready for the battle ahead towards winning the Ayawaso West Wuogon seat. The Ayawaso West Wuogon Constituency has been in the news in the past few months following the death of Emmanuel Kyeremanteng Agyarko, who had been the Member of Parliament on the ticket of the New Patriotic Party (NPP). Following his death, a by-election was held to elect a new Member of Parliament and that by-election was marred by violence.

It is on the back of this development that co-host of TV3‘s New Day Johnnie Hughes questioned John Dumelo about his preparedness for the 2020 elections. 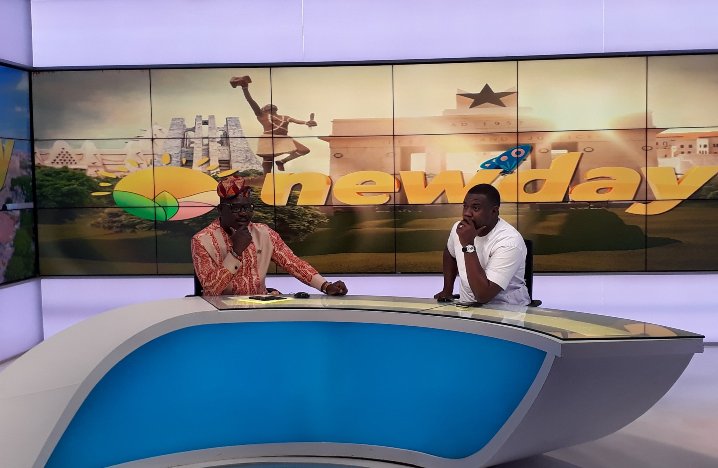 In his response, the Ayawaso West Wuogon NDC parliamentary aspirant said they are well prepared to claim the seat. “We are battle ready, the NDC is battle ready for victory in Ayawaso [West Wuogon], boot for boot, chalewote for chalewote, everything.” According to him, the NDC has gone to the drawing board to properly right all wrongs done in the past in order to claim the seat in 2020. “I feel that we’ve been able to identify what the problems were, what the problems are and we’ve listed the solutions and that is what we will use to win in Ayawaso West Wuogon. “I always say Ayawaso West Wuogon is an NDC seat and because of one or two things we are not able to win it. “In 2008, we could have won it, 2012 we lost it by 1,006 votes. It is just 2016 that we lost it by 10,000 votes, and so if you look at the mathematics, we can win Ayawaso West Wuogon. It is an NDC seat and if we do certain things right, it is a winnable seat,” he said. On how he is capitalizing on his popularity as an actor to his benefit, Mr. Dumelo said it is not enough to be popular, and that he is working to deliver on whatever he promises the electorates because they will hold him accountable despite his popularity. “It doesn’t matter if you have popularity or not, can you do the job, yes. Can you not do the job, no. If you have the popularity, the onus lies on you to deliver, that is the truth of the matter. You have to deliver, because if you don’t deliver, all eyes are on you. “If you go to parliament and you don’t speak…people will say we’ve given you the mandate to go and speak for us, you’re just there, and you’re not doing anything. Four years, you’ll come back to the people to vote for you and you have to be accountable.” Meanwhile, the NDC parliamentary elections is scheduled for Saturday, August 24. Source: 3news.com|Ghana]]>

Charges are too much – John Dumelo calls for ‘E-levy’ demo

Some women also demand sex before investing in other women –...

Yendi MP donates to women farmers in the north

There is nothing wrong going to IMF – Amewu