Dr Opoku Prempeh is demanding one million-cedi damages and an unqualified apology from Sammy Gyamfi[/caption] Minister of Education Mathew Opoku Prempeh has sued the Communications Director of the National Democratic Congress, Samuel Gyamfi, for allegedly making defamatory comments against him. The Minister claimed the NDC executive maliciously associated him with an alleged criminal, Seidu Yakubu Mba, who is one of the suspects arrested in connection with the kidnapping of the two Canadian women in Kumasi last month. At a news conference on June 13, Mr Sammy Gyamfi claimed the said suspect, who he described as the ringleader of the kidnappers, was an errand boy for Dr Opoku Prempeh who is also the MP for Manhyia South in the Ashanti Region. “…Seidu’s association with the NPP is more than meets the eye. He is alleged to be the personal bodyguard of the Asokore Mampong MCE, Alhaji Seidu and an errand boy for both Manhyia South MP Hon Mathew Opoku Prempeh and the Shanti Regional chairman of the NPP, Bernard Antwi Boasiako (a.k.a Wontumi),” Sammy Gyamfi claimed at the news conference. But the MP has in a writ issued at the Accra High Court on June 25 described such statement as “not only false but malicious”, stating the said Seidu is not his errand boy as claimed by the defendant in the case. Dr Opoku Prempeh is contending that Sammy Gyamfi made that statement “within a context aimed at ascribing to the plaintiff, inappropriate conduct of being involved with persons the defendant described in the aforementioned press statement as thugs and criminals”. He said the malicious statements received wide publications in the media and sparked radio and television discussions, noting an American video-sharing website with a very large audience, also picked the said statement for broadcast. In his view, he has been associated with thugs and or criminals who engage in heinous crimes. Again, the said statement suggests he [Dr Opoku Prempeh] condones thuggery and or criminal activities and is a beneficiary of such activities, the plaintiff said in the writ. He also said the statement portrays him as not a law abiding citizen. “That [per the statement of the defendant] the plaintiff has no regard for the high offices he occupies as a Minister of Education and MP, to the extent that he engages and works with thugs and criminals” Dr Opoku Prempeh stated. [caption id="attachment_127910" align="aligncenter" width="419"] 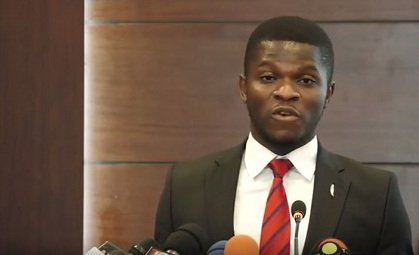 Sammy Gyamfi[/caption] According to the Dr Opoku Prempeh, the false, malicious and defamatory statements, has “seriously damaged” his character and reputation. He averred that he has been portrayed before right-thinking members of society as “an irresponsible minister of state and MP who has no regard for the laws of Ghana”. One million damages Dr Opoku Prempeh who is a medical doctor by profession wants the High Court to award one million damages against Sammy Gyamfi for him in view of the injury the said malicious statement has caused his character and reputation. Again, he is praying the court to let the defendant pay cost and legal fees to be incurred in the case, as well as any orders the court may deem fit Meanwhile, he is asking the court to declare that the words complained of and published by the defendants and contained “are defamatory of the plaintiff’s character. “An order directed at the defendant to publish an unqualified retraction and an apology with the same prominence the defamatory words received within seven days after the judgment,” he prayed the court. He is also praying for an order for perpetual injunction restraining Sammy Gyamfi, his agents, assigns, servants and any person claiming authority from the defendant from further making  and or publishing any defamatory words against the him. By 3news.com|Ghana]]>

GNPC-Aker deal: Gov’t is 100% behind you – Energy Ministry to GNPC