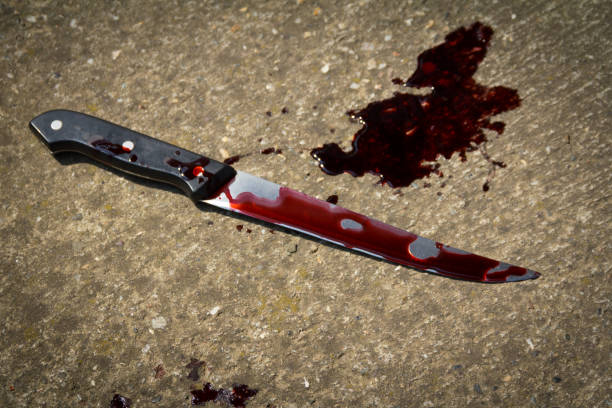 An altercation between a married couple over sex has left Mavis Akolbila dead and her husband, William Akolbila in the Intensive Care Unit.

The deceased was found in a pool of blood on Friday afternoon after police went to the couple’s residence at Janjori Kukuo in the Nanton District of the Northern region.

Twenty-six-year-old Akolbila was also found in a pool of blood as his penis was cut off.

Nat’l Security has been undemocratic under Akufo-Addo – Security Expert

GAF, Police, Nat’l Security do not have ‘use-of-force’ paradigm for interrogation – Norman

According to reports, the incident was as a result of a misunderstanding between the couple over sex.

Confirming the violent event to Adom News, the Savelugu Municipal Police Commander, DSP Twumasi Ankrah said they received a distress call around 1:46 pm on Friday afternoon and quickly rushed to the crime scene.

“When we arrived at the scene only to find the dead body of a woman [Mavis] in a pool of blood with multiple knife wounds. The husband [William] was lying with his penis chopped off in their room,” he said.

DSP Ankrah said, “the police retrieved two knives from the room with blood on them so we suspect the wife denied the husband sex and the husband tried to force her that led to the incident.”

Mr Akolbila is currently on admission at the Tamale Teaching Hospital, while his wife’s body has been sent to the morgue for autopsy.

Nat’l Security has been undemocratic under Akufo-Addo – Security Expert

GAF, Police, Nat’l Security do not have ‘use-of-force’ paradigm for interrogation – Norman