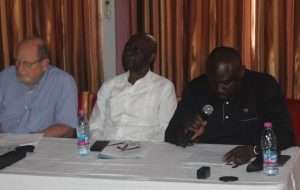 The National Food Buffer Stock Company (NAFCO) says it is repositioning itself as a strategic partner in the agricultural value-chain in order to grant greater market access to farmers and other food commodity dealers.

Chief Executive Officer of the company, Mr. Hanan Abdul-Wahab said the move is intended to redirect the agency into the fulfilment of one of its core mandate of addressing price and market challenges often faced by farmers.

He was addressing this year’s Northern Ghana Investment Conference in Tamale in the Northern Region.

Speaking on the topic “Achieving agricultural commercialization in northern Ghana”, Mr. Abdul-Wahab expressed regret that despite the fact that about three quarters of the country’s agricultural produce come from Northern Ghana, deprivation is rife.

The five northern regions, he said have vast arable land spread across which could be developed to become the breadbasket of the entire country, aside the fact that land is suitable for various food and cash crops as well as livestock.

He therefore called for an aggressive plan to commercialize agriculture in that part of the country.

“The challenged really has been how to commercialize the entire cycle within the agriculture value chain, and this calls for massive investment, innovations and commitment on the part of all stakeholders”, he said.

He commended programmes by government through the Ministry of Food and Agriculture to industrialize agriculture, citing the agriculture mechanization, 1 District 1 Warehouse and I Village 1 Dam, saying it would accelerate the process of commercializing agriculture in the country.

He stressed the need for agriculture policies to emphasize intensification and commercialization in order to achieve yield maximization and feed the growing population.

In a related development, Mr. Abdul-Wahab received the Business Development Executive Award at the weekend to climax this year’s Northern Ghana Investment Conference held in Tamale.

The award is in recognition of Mr. Abdul-Wahab contribution towards agriculture and for his ongoing reforms at NAFCO since assuming the headship role in 2017. 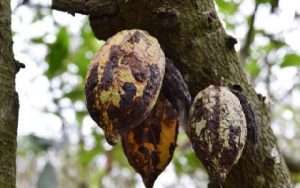