Mr Kingsley Aboagye-Gyedu[/caption] Regional Minister for the newly created Western North, Kingsley Aboagye-Gyedu, has accused his deputy of undermining his authority with the ultimate aim of having him booted out by President Nana Akufo-Addo. Mr Aboagye-Gyedu claims his deputy, Alex D. Tetteh, who is a member of parliament for Sefwi-Akontombra, has used all means available to sabotage and project him not only as incompetent, but also unpopular in the eyes of the chiefs and people of the Western North. Troubled by what he termed “the undermining activities and behaviour” of his subordinate, the Minister has in a letter dated June 11 sighted by 3news.com, filed a formal complaint against Mr Tetteh at the Ministry of Local Government and Rural Development. In the four-page letter to the sector minister Hajia Alima Mahama, Mr Aboagye-Gyedu gave a litany of acts and decisions by his deputy which he said clearly show Mr Tetteh is scheming against his office and himself. [caption id="attachment_127770" align="aligncenter" width="440"] 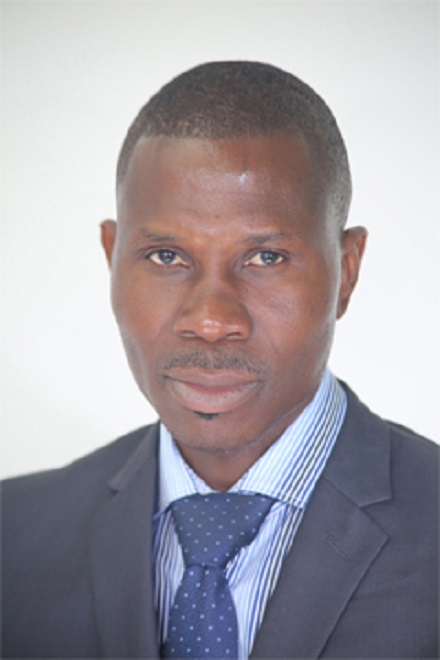 The deputy Regional Minister, Mr Tetteh who is also the MP for Sefwi-Akontombra[/caption] His deputy, he claimed, submitted seven names to the office of the Local Government Service for recruitment as drivers without his knowledge, connived with the Omanhene of Sefwi-Wiawso to change the agreed site for the Regional Coordinating Council and created a WhatsApp group for municipal, metropolitan and district chief executives in the area and left him out. Again, he accused Mr Tetteh of “deliberately holding information from me, and act in my stead to make me look bad before the chiefs and people of Sefwi-Wiawso”. Mr Tetteh is also alleged to have taken four of five pick up vehicles of the Western North Regional Coordinating Council without the knowledge of Mr Aboagye-Gyedu and even without the consent of the Regional Coordinating Director. The deputy regional minister is also said to have organised Regional Security Council meeting, issue order to security personnel to counter what the regional Minister has given. These among other actions by Mr Tetteh, the Regional Minister said, are clearly “well-orchestrated strategy to undermine my authority as the regional minister”. Meanwhile, the letter by the minister did not state what might have caused his deputy minister to fall out with him. The Regional Minister said efforts at resolving the issue, including an intervention by the MP for Sefwi-Wiawso, proved futile, claiming “things are even worsening”. “A reasonable interpretation of the events narrated above can only conclude that the DRM has strategically planned to undermine me, make me look bad, ineffective, inefficient, incompetent and unpopular in the eyes of the chiefs and people of the Western North Region and most importantly HE the President, get me sacked so that he could become the Regional Minister,” Mr Aboagye-Gyedu stated.

GhanaCard: EC says NIA has assured to address all the challenges by end of the year

The hardship is real; booing of Akufo-Addo is just a tip of the iceberg of the frustration – Stan Dogbe

Reduce rice, poultry importation and the Cedi will gain – Murtala