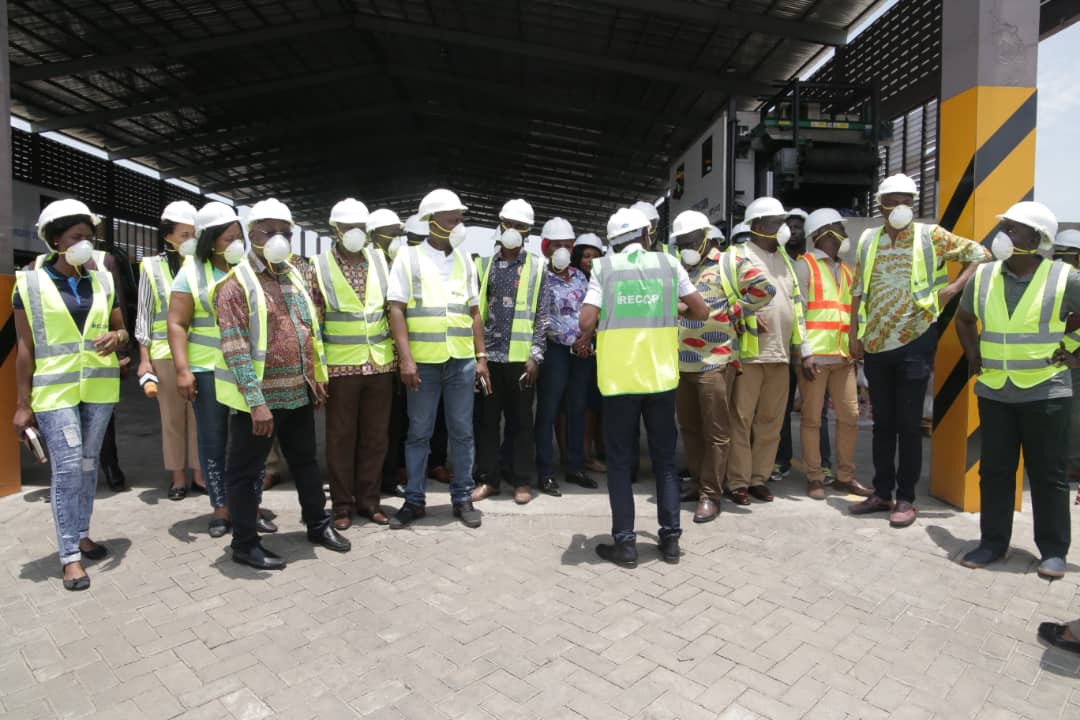 According to them, the decade old landfill system has now become nuisance to people and their communities due to how poorly they are managed as a result of lack of funds.

They thus want government to move away from managing landfill sites and invest more in integrated recycling and compost facilities, which they contended, will give it value for money.

Commenting on the matter on the floor of Parliament Tuesday, the Minority Chief and National Democratic Congress MP for Asawase, Mohammed-Mubarak Muntaka, said Ghana has to deal with the waste management challenge now before it gets out of hands.

Economy will bounce back stronger and better – Kyei-Mensah-Bonsu

“The best way to deal with it is recycling because this landfill business, Mr. Speaker, is becoming a failed project,” he stated.

He cited a landfill site at Boaman in his constituency which was the dumping ground for the people within the Kumasi metropolis and how the residents in the area rose against that at a point due to how poorly the site was being managed.

The MP said the odour and flies as well as leachate from that landfill site became unbearable for the people.

“When they resisted and the place was reclaimed, today it is one of the most beautiful suburbs in my constituency. I believe that this landfill business must end. We must look at how others have dealt with it through recycling and muster the courage to confront the challenge head-on and deal with it once and for all because this landfill business is not helping and it must be stopped,” he advised.

An integrated recycling and compost plant, one of which was recently constructed by Zoomlion in Accra, is a multipurpose facility that has the capacity to process plastics into pellets and recover other materials such as paper and electronic waste among others and turn them into raw materials for industry.

Organic waste processed from the facility is converted into compost for agricultural and horticultural purposes.

The MPs comments followed the consideration and adoption of the report of the joint committee on Local Government and Rural Development, Works and Housing and Environment, Science and Technology, on the state of waste management situation in the country.

A fire outbreak at theTema Metropolitan Assembly Engineered landfill site at Kpone on August 15, 2019 and complaints from residents and civil society groups triggered investigation and subsequent nationwide field visits by a joint committee look at the state of landfill sites.

They were to assess the general environmental sanitation in the country, inspect the condition of some landfill sites and evaluate the capacity and management of some transfer stations, landfill sites and material recovery and compost facilities.

Also, they were to identify the funding gaps and mechanism for sanitation in Ghana and recommend for pragmatic action to provide sustainable solutions to the waste management challenges confronting the nation.

Preliminary findings have revealed landfill sites across the country are in precarious state and a disaster in waiting.

Chairman of the Works and Housing Committee MP for Upper Denkyira East, Nana Amoako, who moved the motion for consideration and adoption of the committee’s report, observed there was increasing concern over solid waste management in the country.

The situation, he added, was particularly alarming in the major cities like Accra, Kumasi, Tamale and Sekondi-Takoradi which generate a minimum of 1,200 – 2,500 tonnes of waste daily.

“The Committee noted that in-spite of the efforts by the MMDAs to improve and effectively manage waste by allowing private participation, there is still incidence of indiscriminate dumping of waste by both residents and drivers of private contractors who dump refuse at the landfill sites,” he said.

He added that the Committee found that MMDAs are currently unable to cope with the situation and are only able to collect about 55 per cent of the waste generated.

“In the face of increasing cost of collection, transportation and long distances to new disposal sites, the Committee holds the view that if the Central Government does not come to the aid of the MMDAs, the already poor collection of waste may deteriorate further, with its attendant health and environmental challenges,” he noted.

The Committee, he said, further observed that all the landfill sites in the major cities were in precarious state since none practised proper and efficient leachate control method to prevent surface water from entering the landfills.

MP for Madina, Abubakar Saddique Boniface, commenting on the report called for immediate measures to be put in place to address the situation before disaster happens.

“In fact, if we don’t take immediate measures, it will affect the good intentions of His Excellency the President. We are sitting on a time bomb if we don’t take the issues very well. I think they can cause major health hazard for the country one day,” he said.

Member of Parliament for Odododiodioo, Edwin Nij Lantey Vanderpuye, it was about time the country begins to think about how it could appropriately manage waste using modern techniques, citing IRECOP, a modern waste management facility situated in his constituency as an example.

“What is happening at IRECOP, Mr. Speaker, is not only the management of waste but the by-product of the waste management – fertilizer or manure. We used to have Lavenda Hill to the extent that this country was blacklisted by the International Maritime Association for throwing effluent into the ocean.

“Today, we have the Accra Sewage Systems which has virtually brought a halt to that improper management of that liquid waste. What we saw in Kumasi is an indictment on all of us. We saw liquid waste – the leachate dripping off into people’s homes and into water bodies within the community.

“People living in that area are also human beings, they pay taxes; they are Ghanaians and they deserve the best,” he indicated.

For his part, the Majority Leader and Minister of Parliamentary Affairs, Osei- Kyei Mensah Bonsu, commended the Committee for a good job done.

He was, however, concerned about the hazardous situation of waste management in the country, saying “Ghana is at the precipitate of disaster”.

The First Deputy Speaker, Joseph Osei Owusu, who presided over the sitting, summoned the Ministers of Local Government and Rural Development and Sanitation and Water Resources to appear for the Committee of the Whole to find a lasting solution to the challenge at hand.

Per the report recommended that since MMDAs lack both financial and technical capacity to manage the landfill sites, they should concentrate on the development and enforcement of standards, while the private sector is empowered by the government to take up that responsibility.

High cost of operation and funding gap was also identified by the committee as one of key challenges affecting the smooth management of waste in the country.
The current fees charged for waste management services in the country are comparatively lower than the average global rate.

According to the World Bank, the global rate charged for lower middle income counties is estimated 15 dollars to 40 dollars per tonne whereas the rate in Ghana is about 25 cedis.

Debt accumulation and rising bills are also affecting the smooth management of waste in the country.

The report also raised concern about delays in the signing of the management contract for liquid waste treatment plant as Esereso-Adagya and integrated recycling plant at Kumasi and Accra considering the substantial investment made by the private sector to intervene in the growing waste management crises in the country.

The off-taker agreements in respect of the commercial plants in Tamale and Takoradi are also challenging situation confronting the country.

The Committee thus recommended the way forward for waste management in the country is for the government to place emphasis on diverting biodegradable and recyclable waste away from landfills, and use innovative treatment techniques.

“To ensure that there is a paradigm shift in the traditional mode of disposal to other innovative environmentally friendly alternatives, the Committee recommends as a matter of urgency, the establishment of at least one integrated recycling and compost plant in each region in the country,” the report stated.

The Committee further recommended to Government to speed up the process and finalise the management arrangement with the private firms to enable them fully commence operation, stressing that agreements in respect of the Tamale and Sekondi-Takoradi waste treatment plants and other similar agreements should also be finalised and signed.

“It is imperative that in our quest to attract private players into the industry, these agreements are signed in order to provide comfort to other prospective investors into the sector”, Nana Amoako said in Parliament.

Economy will bounce back stronger and better – Kyei-Mensah-Bonsu