Hajia Alima Mahamai[/caption] The Member of Parliament (MP) for the Nalerigu-Gambaga Constituency, Hajia Alima Mahama has commissioned electricity for 23 communities in the East Mamprusi municipality under the Rural Electrification Project. The move was to fulfill a campaign promise made to the people ahead of the 2016 general elections. The MP used the occasion to emphasize her commitment to further develop the constituency with her three priority areas of education, road network, and portable drinking water for the people. At a durbar in Sumni-boma, Hajia Alima Mahama encouraged students to use the intervention to improve on their studies. The Local Government and Rural Development Minister also charged the women to be resourceful to be able to cater for their young ones. She insisted that with the introduction of the Free Senior High School, parents have no excuse not to educate their children especially the girl child. “No parent has an excuse for leaving his/her child at home and not ensuring the child benefit from this solid social intervention, because all you need is chop box,” she added. The MP also seized the opportunity to sensitize her constituents on the upcoming referendum on the elections of metropolitan, municipal and district chief executives (MMDCEs). The referendum, according to her, is the President’s agenda of putting governance in the hands of the people. The election of MMDCEs she believes will create the needed accountability and checks on MMDAs. [caption id="attachment_135885" align="alignnone" width="780"] 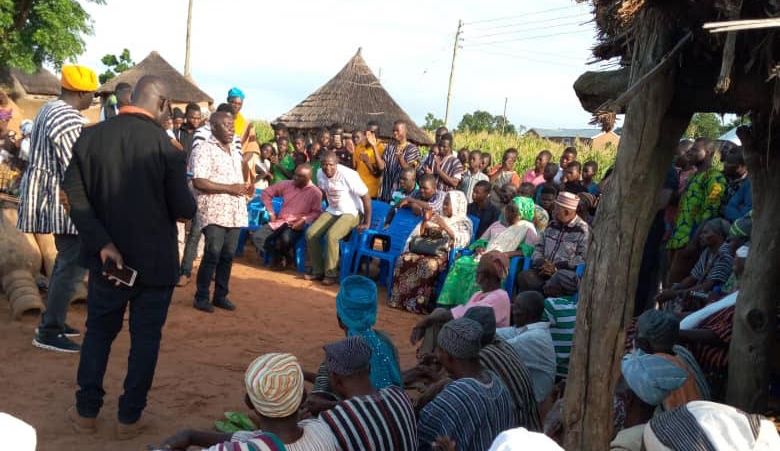 The chiefs, elders and people of East Mamprusi were happy with the initiative[/caption] The chiefs, elders and the entire members of the communities could not hide their happiness and openly showered praises on the MP as they asked for more projects, such as the fixing of their road among others.

I can’t solve all problems in Sekondi – MP Egyapa Mercer

Global Citizens Festival: There was no proper coordination between the Presidency...

[3News Live] Parts of Accra flood after minutes of rain