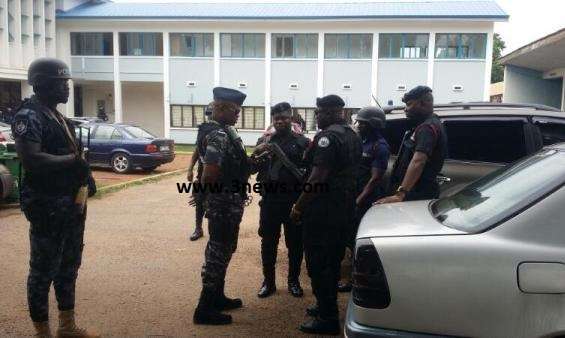 More senior officers have been deployed at the operational level to lend a hand in Operation Covid Safety currently underway in four major cities of the country, government has confirmed.

This is to enhance command and control.

Explaining the move on Sunday in a nationwide broadcast, President Nana Addo Dankwa Akufo-Addo said his attention has been drawn to cases of the use of excessive force by officers in the enforcement of the Imposition of Restrictions Law, 2020 (Act 1012).

“Thus far, the alleged wrongdoers have been withdrawn from the ongoing exercise,” the Commander-in-Chief of the Ghana Armed Forces said.

He noted that from Monday, April 6 each member of the security services participating in Operation Covid Safety will be handed an aide-mémoire, which highlights the guidelines for the Operation.

Already, the Inspector General of Police and the Chief of Defence Staff have taken steps to look into the said incidents of breaches by their men.

The president was least happy about videos passing and making rounds as brutalities meted out to citizens in the enforcement of the lockdown directives.

He said this can only come from unpatriotic persons.

“It is sad, it is unfortunate, and it must end. We should all be in this fight together, and there is nothing to be gained with widespread fabrication and distribution of such videos, whose sole aim is to create discontent, and undermine the trust of the population in the men and women of our security services,” President Akfo-Addo observed.

“Who gains from such conduct?” he quizzed.

“Nobody in their right senses!”

He said the state security agencies are on the heels of the originators of these videos and they will be exposed sooner than later.

The 14-day lockdown, which was imposed on Monday, March 30, enters its final week on Monday, April 6.

But the president has hinted that a decision on its extension or otherwise will be taken in the course of the week.

A total of 2,070 patients have recovered from the coronavirus disease in Ghana, as per the latest update given by...

You were right to say that, teachers should be ready to forgo 50% of their pay if they want to...