Ministry of Communications introduces coding for children in local communities

The Ministry of Communication has introduced coding programme in some local communities where ICT centres have been established with the view to building the interest of children in the creation of digital content.

The coding clinics, according to the Ministry, seek to help develop the digital potentials of children in building software applications among other things.

It also aims at equipping children with skills to build their career in the digital space and contribute to the country’s economic growth.

It is opened to all school children interested in digital coding, as well as designing websites and software applications.

Minister of Communication, Ursula Owusu-Ekuful, inspected one of the coding clinics at Kodie in the Afigya Kwabre South District of the Ashanti Region to assess the level of patronage.

She said the programme would give young people the privilege to create technological content they desire.

She observed the world is moving towards digitalization, hence the need to expose children to technology.

“We are hoping that once the students get basic knowledge in coding, they can do things like writing their own software and applications to take care of the common challenges around them. And hopefully, we can use that as a foundation of software applications development industry in this county,” she said.

She encouraged more young girls to embrace the programme indicating that “in China, 70% of all the software applications are developed by women.”

A number of school children in and around the Kodie community have shown interest in the programme.

At Nsuta in the Sekyere Central District, students of the St. Peter’s Junior High were excited about the initiative.

“When I joined the programme, it was boring but with time I got interested. I can now code a game and how to make humans move. The coding programme has really opened my mind,” a student, Albert Owusu Afriyie said.

“The programme is nice because in less than one month, I’ve learned how to create my own games. I wasn’t interestws in IT contents but since I joined the coding class, my interest has soar and I now aspire to be a software engineer” another student, Kasanga Queenstar said.

Meanwhile, the minister has also commissioned a 40-seater ICT laboratory at the Nsutaman Catholics SHS and Kwamaman SHS.

The facilities, under the Ghana Investment Fund for Electronic Communications (GIFEC), are expected to enhance practical ICT education in the beneficiary schools. 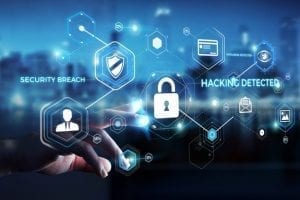