Millennials are losing their virginity much later than their parents – study

They drink less alcohol, take more selfies and eat more avocado toast than anyone else… it’s safe to say that millennials do things differently from their elders.

Now, the latest custom to isolate those aged 18-34 even further from the rest of society is with regards to sex, as new research reveals that millennials are having sex far later than previous generations.

In fact, according to the study of more than 16,000 people, one in eight people are still virgins at the age of 26.

Researchers tracked those born between 1989 and 1990 from the age of 14 as part of the Next Steps project, which is managed by University College London.

Analysts speculated that an overexposure to pornography and a “fear of intimacy” might be to blame for the sexual delay.

“Millennials have been brought up in a culture of hypersexuality which has bred a fear of intimacy,” said psychotherapist Susanna Abse.

“The women are always up for it with beautiful hard bodies and the men have permanent erections. That is daunting to young people,” she told The Sunday Times.

In addition to the 12.5 per cent who had never had sex, the study found that more than 90 per cent of those who had lost their virginities had done so by the age of 19.

The researchers also found that just one per cent of participants lost their virginities aged 23-26.

The new findings follow similar ones revealed by a 2016 US study, which found that just 44 per cent of teenage girls had lost their virginities compared to the 58 per cent who had 25 years ago.

A similar pattern was true for boys too, with 47 per cent having had sex as teens, compared to 69 per cent in their parents’ generation.

Maybe millennials are too busy watching Netflix or lamenting the fact that they’ll never get on the housing ladder to worry about sexual partners… or, in an age when plastic is a fashion trend and long-lasting underwear is a thing, perhaps we simply live in less sexy times.

Signs your pillow is damaging your brain power and overall health 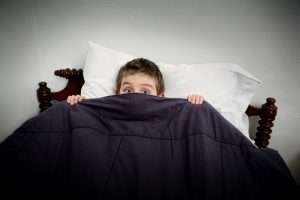