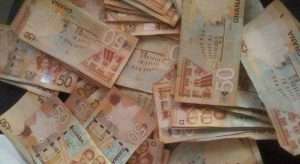 Media General, owners and operators of TV3 and others, will on Thursday assemble the finest industry players to lead a public forum aimed at finding pragmatic solutions to what has become a cyclical depreciation of the domestic currency, Cedi.

The forum will be the second edition of the Economic Dialogue Series by MG.

A Former Deputy Governor of the Bank of Ghana, Emmanuel Asiedu-Mante, internationally recognised economist Andrews Kwame Pianim, Chief Executive Officer of Dalex Finance Kenneth Thompson, among others, will speak on the theme ‘The Ghana Cedi; Breaking the cycle of depreciation’

The event has become necessary in the wake of public interest in matters of the economy, especially with the recent concerns about the depreciation and sudden appreciation of the Cedi.

The depreciation of the Cedi has almost become cyclical, a phenomenon successive governments have had to strategize to mitigate, though it does not appear the country has made any head way in that regard.

The event is under the auspices of the Media General Group and comes off on Thursday, March 28 at the TV3 Executive Theatre at 8:00am.

It is open to the general public.