The Group Chief Executive Officer of Media General, Beatrice Agyemang Abbey, has been honoured for identifying, nurturing and empowering female media personalities at the Africa Professionals Awards 2019 in Accra. The award creates an avenue for students in second cycle institutions to interact with top personalities in the media industry. In commemoration of the International Day of the Girl Child, the Africa Professionals Awards celebrated Mrs. Agyemang Abbey for her contribution towards supporting young women in the media. TV3 news anchor Portia Gabor, who picked the award on behalf of the Media General CEO, underscored the need for every girl child to be given an opportunity to realize their full potential. “Let’s give girls an opportunity in our homes and in our schools. Let us give them a chance to talk; not alone is it going to boost their confidence in the future, but it is also sending a message that they should never be afraid to voice their opinion.” 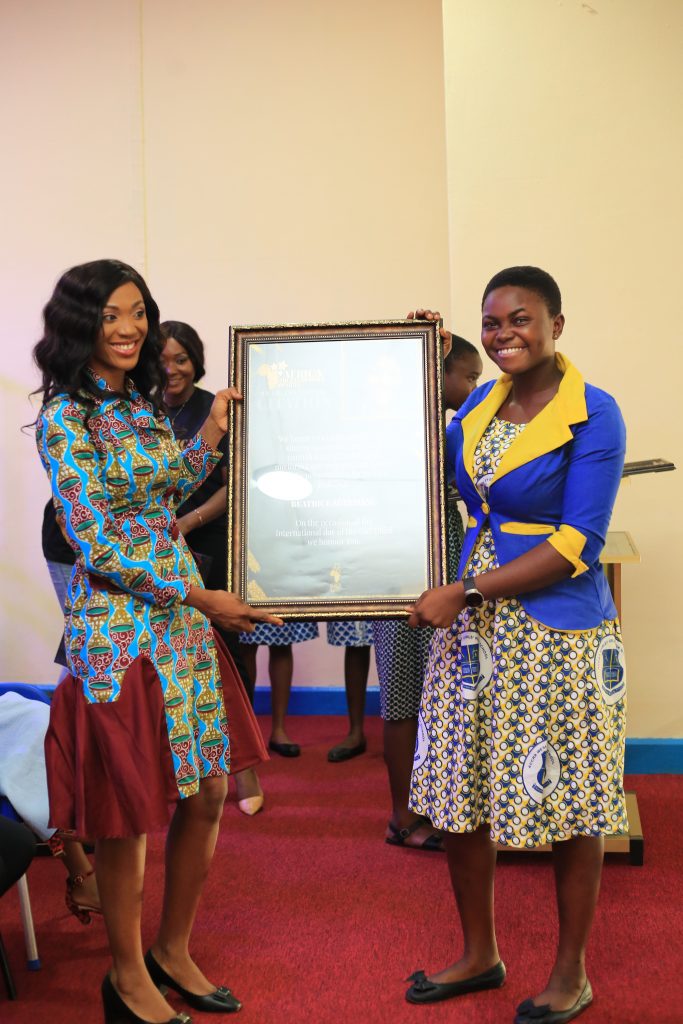 She took the opportunity to share her experience and journey in the media with students. “I have been in the media industry for twelve years now. Apart from news anchoring, I decided to focus on journalism as well. So just know that it is not about having a pretty face sitting on television. There is more work to be in a pretty face on television,” she said. The Africa Professionals Awards is aimed at honouring women making strides in different sectors as well as creating a platform that brings girls and their role models together for mentoring. About 400 Senior High School girls had the chance to interact with their role models at the awards ceremony held in Accra. Other personalities also received awards for their efforts towards impacting the younger children in country.