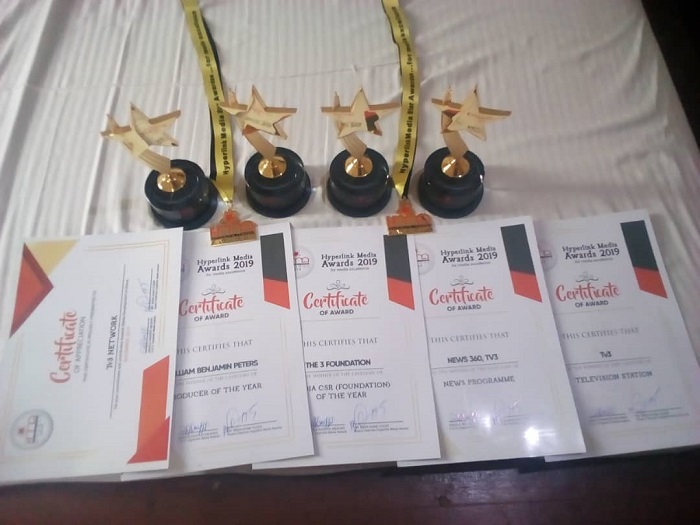 Connect FM’s news anchor and producer of Asem Yi Dzi Ka, Paa Kojo Peters, has been adjudged the Producer of the Year at this year’s Hyperlinks Media Awards held over the weekend in Sunyani, the Ahafo Region.

The Awards was to honour media personnel across the country for their hard work and dedication in the line of duty.

Connect FM had three nominations in the categories: Producer of the Year, Radio Programme of the Year and Technician of the Year.

For his prize, he was given a certificate, a medal, a plaque and souvenirs from sponsors.

DJ Hans had a medal for placing second in the Technician of the Year category.

News 360 on TV3 won the News Programme of the Year while the television itself was adjudged the Television Station of the Year.

In all, Media General swept four awards which included The 3 Foundation’s Media CSR as well as a certificate of recognition for Media General’s contribution towards media development in Ghana.