After securing a spot in the trends with his Urban Mix 2 which was released in 2018, 3FM’s disc jockey, Emmanuel Amedah Sablah, known in showbiz as DJ Jaydee, is out with another irresistible music mix: what could be described as a sequel to his previous  suspenseful mixes. Mid-way in the year, the music industry is already inundated with hit songs across the globe, but DJ Jaydee has in about just an hour summed up all the songs that are making waves from top artistes in Ghana and Africa. Top on the lists are the latest from Stonebwoy, Shatta Wale, Samini, Sarkodie, Kuami Eugene, King Promise, Kwesi Arthur, Kidi Teni and others. 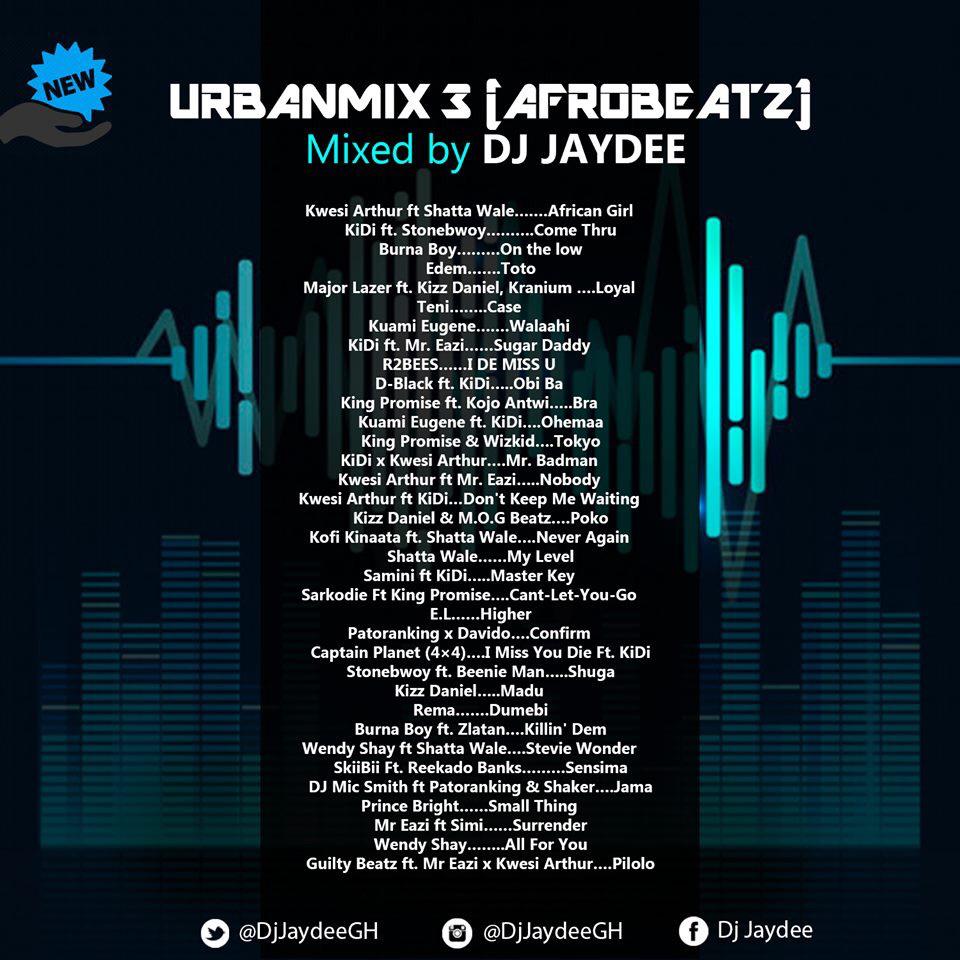 Very typical of the 3FM Urban Blend official DJ, he has been deliberate in making a selection that suites all tastes, ears and status – the kind which holds the listener spellbound. Currently on the list of the most-sought after Djs in town, Jaydee explains he has had to release “Urban Mix 3” upon the massive feedback he got from the “Urban Mix 2”. “There has been pressure on me since I released the previous one, people kept asking when the next would drop and I kept telling them soon, knowing the soon will come and here we have it now”, he told 3news.com. He is hopeful the “Urban Mix 3” will do  better than the previous ones noting that “this music year has been very eventful so far”. As the music engine and the magic fingers behind the most talked about mid-morning show, Urban Blend, 3tunes, and Nostalgic Digest, which all air on 3FM 92.7, you may just want to call DJ Jaydee your favorite Djs deejay. Before he became a full-time DJ at 3FM, Jaydee worked with Pravda Radio, Unique FM and Live FM all in Accra.