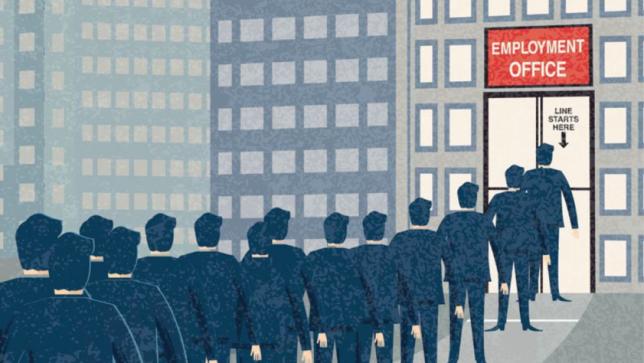 The Association of Graduates in Skilled Development has urged the President Akufo-Addo to call the Labour Relations minister, Ignatius Baffour-Awuah, to order, accusing him of spreading falsehood about the unemployment situation in Ghana. The minister in an interview on Joy FM claimed the national unemployment situation which stood at 11.5% in 2015 has fallen between 3.6% and 7.1% adding that government’s efforts to reduce unemployment was promising as the statistics keeps declining. But a statement signed by Desmond Bress-Biney, president of the Association formerly known as Unemployed Graduates Association, said the minister’s comments were “misleading”. “It is entirely false as there are no available data to this effect. Reference can be made from Ghana Statistical Service (GSS) or the Economic Department of the University of Ghana. The last official document released by the GSS put unemployment rate at 11.9%” The statement further stated, “It is unfortunate that Hon. Awuah after failing to identify the over 1.5 million jobs the New Patriotic Party (NPP) created in 2017 at Kumasi comes with another false claim,”. It called on the president to task the minister to focus on retooling the Labour Department with the right tools to provide accurate or “close to accurate” data. The Institute of Statistical, Social and Economic Research (ISSER) of the University of Ghana research shows that out of the 100,000 graduates from tertiary schools, less than 10 per cent are employed in the job market. Moreover, Director of Research at the TUC Dr. Kwabena Otoo said most of the employed youth were either in menial jobs or were in underpaid work.