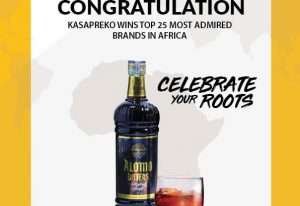 WABEA provides a platform to recognise individuals and companies that play a significant role in the development of various sectors to attract investors to the West Africa region.

Managing Director of Kasapreko Company Limited, Richard Adjei, expressed gratitude to WABEA for recognising the great work that has been done over the years as a company to promote business growth and expand the economy.

“We at Kasapreko, this award stands as another landmark and a testimony that we are doing something right. It also serves as a motivation for us to do more as people are looking up to us to succeed so that they can also expand their business,” he said.

KCL, the only indigenous beverage manufacturing company with ISO Certification and a member of Ghana Club 100, has won several awards both locally and internationally, including being awarded recently by Ghana revenue Authority (GRA) as the Largest Tax Payer of the Year.

Mr. Gerald Bonsu, Commercial Director of Kasapreko, told journalist after the awards that the company was very grateful for such an award, and dedicated it to Ghanaians.

“I thank management and staff of Kasapreko Company limited for the hard work set in place to be recognised not only in Ghana but beyond,” he added.

The flagship brand product of KCL, Alomo Bitters is in its 20th anniversary. Alomo Bitters is scientifically proven herbal alcoholic drink that has met all International standards and is selling in many countries across the globe.

KCL”s mission is to be a multinational company creating lasting value for stakeholders by producing diversified alcoholic and non-alcoholic beverages from herbal and other traditional blends using first class technology.

Kasapreko is a total beverage company, having on its product line different products such as; mineral water, wine, cider, liquor and whiskey.

The One District One Factory (1D1F) initiative by government has recently adopted Kasapreko’s new US$20 million factory expansion project in Kumasi to create jobs and help improve living standard of people.

Kasapreko’s products are currently selling in several African countries including, Nigeria, Togo, Benin, Cameroon and Liberia. KCL has also been certified by the Food and Drugs Authority (FDA), of New York to sell their products in malls and shopping centre all over America and on flights as well. 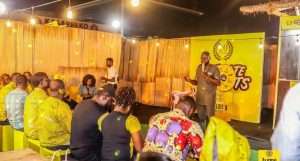