Late former Black Stars striker Manuel Junior Agogo will be cremated on Friday, September 20 in London to complete his funeral. The cremation will be carried out at a private ceremony by his family. Agogo died on Thursday, August 22 after battling stroke for years. Tributes were paid him by past and present Black Star players as well as former coaches including Claude Le Roy, who handled him at the 2008 Cup of Nations hosted in Ghana.

His funeral will be held at Palm Hotel at Hedon Way in London. 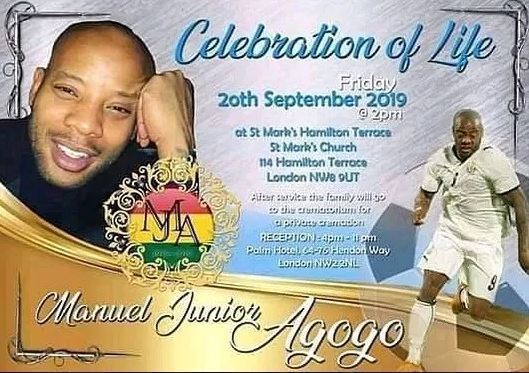 Ghana have two injury doubts ahead of Nicaragua friendly