Ivy-Q[/caption] Ghana’s gospel diva, Ivy-Q, has released her released her latest album that is set to take music industry by storm. The six-track album titled ‘Baba God,’ is the third album from the gospel musician and it features a number of legendary gospel artistes, including Rev. Edwin Dadson, Pastor Jonas Odoi and Rev Harry Yawson. Launched at the International Central Gospel Church (ICGC) at Nungua in Accra, the album by Ivy-Q, born Ivy Dede Quarshie, is packed with very powerful African rhythm, which she said makes it very unique from her previous two albums. The album has songs like Baba God, Something New, Mombo no ose, In your presence, Oh come all ye faithful and Praise Him. The album is already available in all music shops across the country. 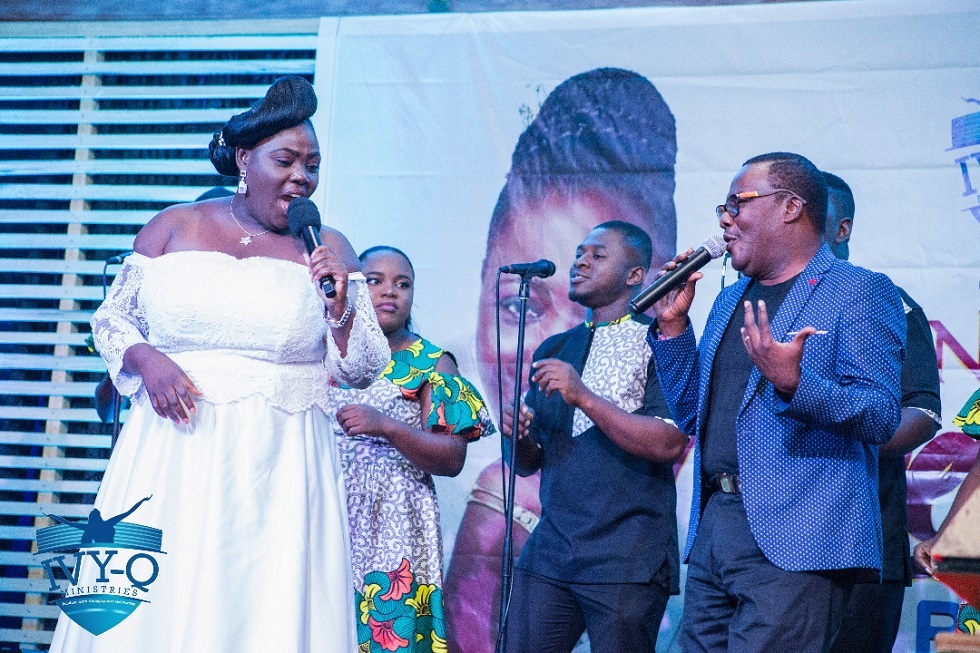 Ivy-Q said the new album as another blueprint to spreading the word of the Lord. “I believe that by the leading of the Holy spirit, the album stands out and would be accepted by everyone across the length and breadth of the country and beyond,” she said. She admitted that it was not easy for her to get the album done, but the Grace of God saw her through to come out with a masterpiece album. Baba God, the title track, she said has a very traditional and cultural rhythm that cuts across Africa, something she said would make people love listening to the song. Ivy-Q said she has reserved some other nice songs for the next album. “I am expecting that I would move from my terrain to another level, looking at the international market including Nigeria, Togo and Benin to promote the song,” she said. “People have really accepted the song already in the country and looking forward to it going far after the official launch,” she added. Manager of the artiste, Pastor Telford Abayateye, was optimistic that Ivy-Q would take Ghana gospel to a different level with the new album. “I have worked with Ivy over the years and this is one of the best gospel albums I have ever come across and certain it would do well,” he stated. In a couple of years, he said, the artiste would cross borders while calling on Ghanaians to support the good work of artiste in the country. The launch also saw ministrations from Apostle Oko Hackman, Rev. Edwin Dadson, Rev. Dr. Harry Yawson and Pastor Jonas Odoi. By 3news.com|Ghana]]>

#Soja: Black Sherif is back again with another hit single!