The suspect [in blue and yellow shirt] being taken to Police Station[/caption]A-38-year-old man has been arrested by residents of Sabonjida in Tamale for allegedly attempting to kidnap a 5-year-old girl and handed over to the Police in the Northern Region. An Islamic cleric, Fuseini Baba, who witnessed the incident told 3news.com Wednesday that the child who came for Arabic classes at Hairiya Islamic school, was seen being dragged by the suspected kidnapper, Ibrahim Kasim. Baba said he became suspicious of the behaviour of the man and confronted him but he pretended to be making a call. He stated that the man went and later came back again and started dragging the five-year-old girl again. “When I confronted him the second time, he said he was just playing with the girl and before I asked my second question, he started running,” he claimed. [caption id="attachment_134566" align="aligncenter" width="1040"] 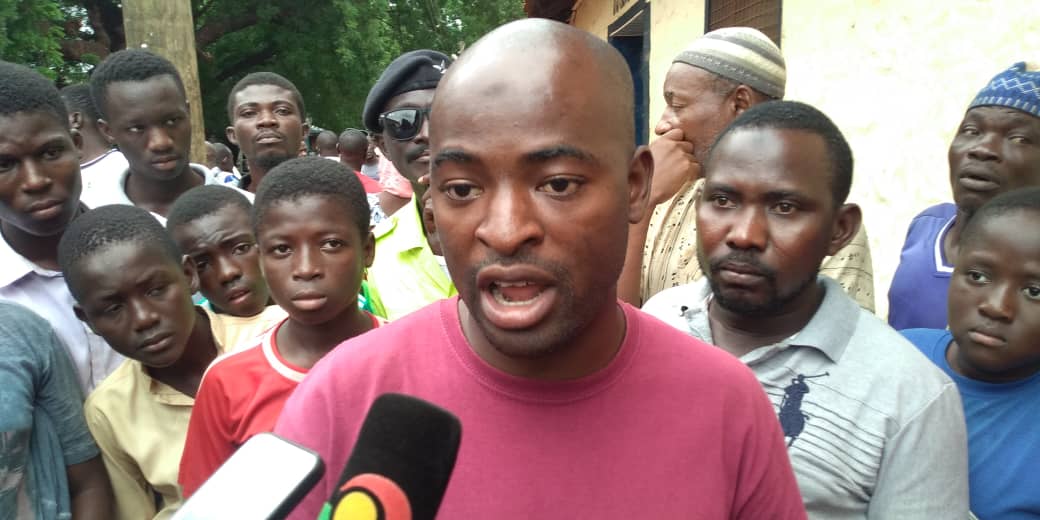 Baba[/caption] Baba said he “immediately run after him and raised an alarm which led to his [suspect’s] arrest. He further stated that a search was conducted on him and two Accra bound VVIP tickets were found on him. According to the Islamic cleric, when he later asked the girl what the man wanted, the girl responded by claiming the suspect just held her and asked her to go with him. As at the time of filing this report, the suspect had been placed in police custody and investigation had commenced. The residents claim today’s incident is the second time an attempt has been made to kidnap a children from the vicinity. Meanwhile, the Northern regional police PRO DSP Yussif Tanko said preliminary investigation has revealed suspect did not move an inch with the girl. He commended Fuseini Baba for his vigilance which prevented the child from being kidnapped. By Christopher Amoako|3news.com|Ghana]]>