Industrialisation, the Akufo-Addo way to development 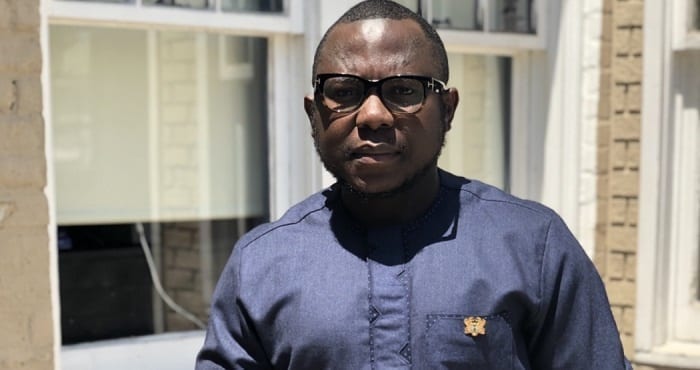 Ghana our Motherland once had all that was required to move in the direction and path to uncovering the great Industrialization goal. With the government changing and with a period of military rule, some of these industries  folded up, driving the Industrialization path further away. Within this fourth Republic, President Kuffour revived some industries and established new ones that renewed the path to Industrialization. Evident through Metro Mass Transit, Vodafone among others.

Going forward, it was thus expected that the Industrialization agenda would deepen. However, such expectations were trashed under subsequent regimes. Existing industries slowed to a halt with many companies collapsing as a result of domestic challenges like power outages and the unprecedented Dumsor.

This took a toll even on state enterprises like  Akosombo Textiles Limited, GTP etc.

The Ghanaian media landscape was not spared these problems as many print houses and radio stations closing down due to indadequate power supply and high costs of alternative sources of power to run their operations leading to high records of retrenchment.

Nigerian traders to engage with Trade Ministry to reopen shops

Dumsor, which became a synonym for power outages gripped the Ghanaian economy.  The administration of then President John Mahama blamed it on Ghanaians having too many Mobile phones, a narrative which was later changed to say the power outages were a result of a ship anchor hitting the West African Gas pipeline which was providing Gas to the thermal plants. When in fact, the problems resulted mainly from narrow financing and a lack of innovation in infrastructural management.

Leading up to election 2016, Candidate Akuffo-Addo now President promised to end Dumsor to revamp Ghana’s industrial drive. A promise which led to One District One Factory and other enterprises like the bauxite and iron ore industries.

In 2017, the people of the Central Region had their first share of the government flagship programme under 1district 1factory initiative with the sod-cutting for the construction of the Ekumfi Juice Factory. This was a bold step by the NPP Government. Even with a rich history, good schools and a major tourist attractions in Ghana, the Central Region is still one of the poorest regions. Therefore the siting of a factory in that region directly increased productivity and employment by engaging thousands of idle youth in the region.

In addition , Casa de Ropa which is a company under the 1district1factory initiative has expanded operations to the Central Region, making some 21 products including Bread and potatoes, the company has this further added to creating more jobs for the youth and women in that area.

Many factories are being revived and new ones are being established like the Brompton Portfolio which is located in the Nsawam Prison to assist in reforms to provide jobs for the prisoners and equip them with essential skills that will make them useful to society after serving their sentences. An action that directly keeps them off the streets and out of the prison system.

In 2021 and beyond, when given the mandate by the good people of Ghana, the NPP government is looking forward to making industrialization a key to driving the economy forward. Made in Ghana products are prominent in this agenda with the hope of providing more jobs for the Ghanaian people. This will also cut down importation of foreign products to save the country forex reserves and stabilize the cedi.

A clear example is the facilitation and establishment of the Volkswagen (VW) assembly plant  in Ghana to provide the VW cars that are imported from Germany locally.

There are similar assembly plants planned for the near future including Toyota, Nissan, Sinotrucks and our own and local assembly plants to by indigenous car makers like Kantanka Automobile.

With this initiative, the NPP intends to create more skilled jobs in the market with good productivity outcomes. This will also give the government a chance to expand and deepen the 1D1F initiative and roll it out across the entire country.

It is important to note that that as part of government’s committment to Industrialization and infrastructural development, in 2018, the NPP government went on a barter trade with the Chinese government with a percentage of Ghana’s bauxite deposit in exchange for 2 billion United States Dollars.

This deal was an agreement that was sighted by our colleagues in the NDC as a loan when clearly its stated as a bater trade with them writing letters to IMF and other institutions to stop the deal because they realised it was a good deal and was going to hinder their political fortunes in the coming in the near future but the President Akuffo-Addo was keen on making our Country Ghana a beneficiary of its resources and not to the benefits of a particular family or group of friends. Ghanaians chose a leader who understands the plight of its citizens and the how to improve upon their wellbeing with policies and Innovations like this. The barter trade with the Chinese has actually led to massive Infrastructural projects like roads, hospitals,market constructions and other projects that has led to the benefits of Ghanaians. In the Manifesto of 2020, the NPP led by the President Akuffo-Addo has decided to take the mantle a step further with more focus on implementing the integrated bauxite and aluminum Industry as well as the iron and steel industry, a promise that will revive the likes of VALCO which has been defunct for a long time and has led to a lot of job losses. Since 1960,Ghana has been evaluating the prospects of having a integrated bauxite and aluminum Industry as part of it’s industrial development by utilising it’s 960 million metric tonnes estimated bauxite reserves(second largest reserves of bauxite deposit in Africa aside Guinea), so for it to be explored and implemented at this stage by the NPP party led by President Akuffo-Addo is a great step in the right direction on creating more jobs and also creating more opportunities for the people to explore and learn about the bauxite industry and it’s gains for Ghana.

For a country to make its mark depends on a leader who know the fortunes and gains of a vibrant and well determined structured Industry played down for the Good of its citizens. The NPP has done what other thought will not see the light of day but with the Battle still the Lord’s everything and anything is possible with the God being our helper.

Prince Adjei (GuyGee), MA. (Public Administration) as the Records Information Management Project Coordinator of a Private company in United States of America.  He opens the line of communication between clients, customers, and businesses to get projects done. With over 8 years in both public and private sectors, Prince Adjei (GUYGEE)  has experience in management consultation, team building, professional development, strategic implementation, and company collaboration. Prince Adjei (GuyGee) has managed projects in Records, Information and Management, where he was a finalist for the PMI® Project of the Year. Prince Adjei (Guy Gee) holds an MPA from Kean University, Union, New Jersey and a current PMP® certification.

Has some knowledge in energy related matters as well.

Has been consulting for both public and private organisations.

Nigerian traders to engage with Trade Ministry to reopen shops