I’m overwhelmed, we are bringing it home – Gloria Sarfo on AMVCA nomination 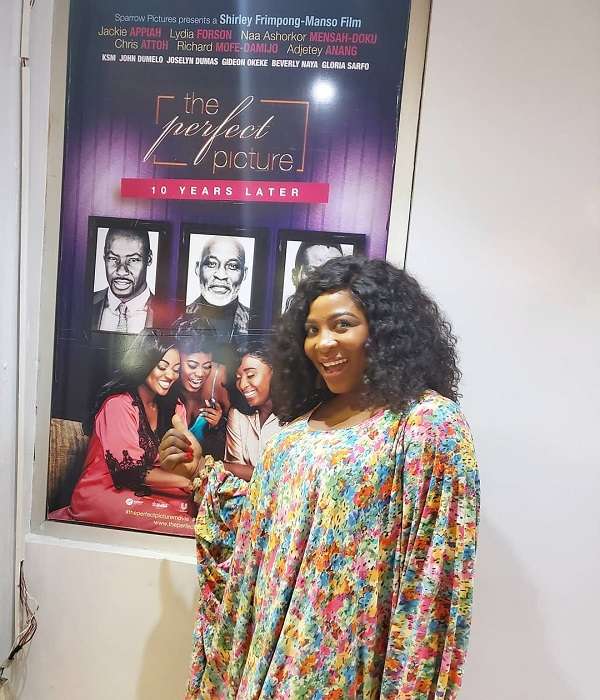 The AMVCA is an annual accolade presented by MultiChoice, recognising outstanding achievements in television and film.

Stars step out in style for ‘The Perfect Picture: 10-Years Later’ premiere

In an exclusive phone in interview on Showbuzz on 3FM with MzGee, the ‘Efiewura’ actress said she is overly elated.

Gloria further added that she has not just been eyeing AMVCA. She has been aiming at it too, describing the Awards scheme as one of the biggest and the hugest platforms in the world, especially in Africa, that every actor wishes to be a winner or a nominee on there.

She again noted, “this is a movie that I played four scenes….Two scenes were the only scenes that I had lines, the other two were just montages, so Gloria I have been asking myself since last night, what did they see? It’s amazing.”

She further expressed her gratitude to Shirley Frimpong-Manso, Ken Attoh and the entire Sparrow Productions team.

The 7th edition of the Africa Magic Viewers’ Choice Awards is scheduled for March 2020.

Stars step out in style for ‘The Perfect Picture: 10-Years Later’ premiere

Actors and actresses in Sparrow Pictures latest movie, “The perfect picture; 10years later" looked their best as they showed up...