Home Features I’m a graduate of the ‘University of Senyo Hosi’ but with only...
WhatsApp
Facebook
Twitter
Linkedin
Telegram
Email

On 27th of July, I experienced my first induction ceremony into ‘real life’. It was my graduation. And from the many handshakes and cheers I was getting from comrades and loved ones, it was easy to think I was the happiest man amid the crowd seated in the Accra International Conference Centre (AICC) auditorium. More so, it was a day I get to add onto the number of awards I have had over the past four years of my education. But it was wrong to think so. The morning came with mixed feelings, tilted more towards a cold foot. But I dare not tell those happy hearts and minds around me as they may think I am the Ghanaian version of Oliver Twist. I had to shut up to internalize this uncertainty. A month later, the Chief Executive Officer of the Chamber of Bulk Oil Distributors, Senyo Hosi, would be reported by the media to have articulated boldly some of my fears. If he, with his social and academic status of having three degrees (all from the University of Ghana) could rant this loud about the regurgitative nature of our education system even at the tertiary level, who am I with just a degree to think otherwise. I should be worried even more due to the journey ahead. The emotional comments by the businessman has attracted the daily rants of Ghanaians, the critical thinking graphs of psychologists and the philosophical theories of some academics. Some have discredited the exaggerations but the truth therein is a reality, only that it takes two to tango. And that was perhaps what Mr. Hosi couldn’t have the emotions to carry across, perhaps because he was led on by the thunderous applauds and giggles. Firstly, Mr. Hosi for once gave us an instantaneous break from the constant chide on the Ghanaian graduate of not knowing how to solve practical industry problems. The story has always been that we are not industrious enough, creative enough, daring enough and passionate enough to take on the world. So the first comment by my lecturer when he meets you in the semester would be, “Guys, know I will be paid whether or not I teach well, so you better corporate with me”. At first point, the ‘Fear of the Lord’ has been implanted even in the slow student who needs not just the best of a septuagenarian lecturer but also demands his patience, tolerance and innovation in tutoring. Secondly, after his comment, there has been a review in the excuse of “this is the university and not SHS”  maxim often carried on by some lazy lecturers. The politics of ‘big man in academia’ where the old ironically continues to grow young in the game has also been nipped a bit by his comments. But more significantly was Senyo’s omission. He refused, perhaps, forgot to admonish the MBA students he referred to. These students are products of the above system, say victims of bad tutorship, but though it was partly the doing of the lecturers, we students also have a 50 percent opportunity to reverse that equation by going the extra mile to even challenge the leisure lecture style of the professor. I have met many students who made the professor restless every day before coming to class because he ought to get his stuff right.

READ ALSO:  RTI Legislation: Are we going back to the era of unfulfilled promises? 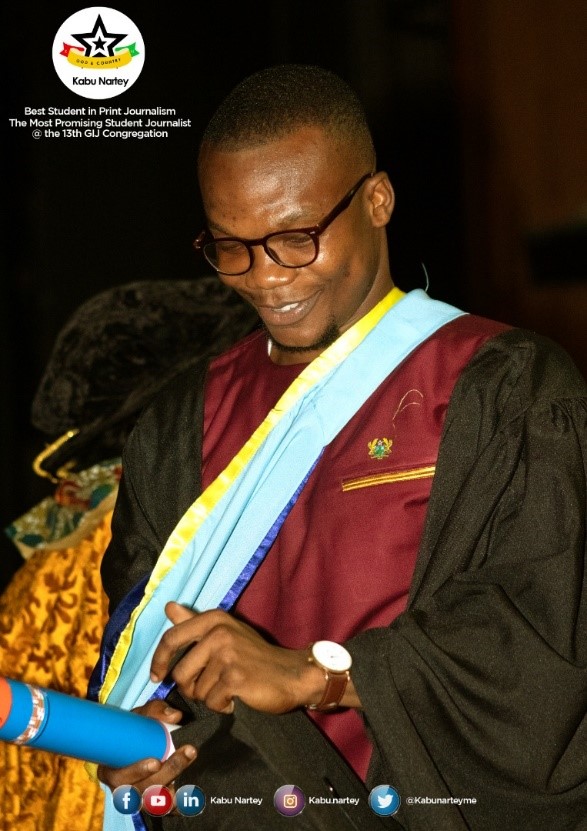 First, I would want us to agree on the unscientific truth that first-class students (grade A) often work for second class students (grade B) and third-class holders (grade C).  If you agree to this, then by extension it is also true that grades do not determine one’s performance at the job market. If you agree to this also, then you partly agree with the doctrine of the University of Senyo Hosi. He talked about employment and not academic excellence, and for me that is the bone of his argument. “The Job dey the ground!” That is not to condone truancy. So I add on by quizzing after our lecturers have had their share, ‘what hinders us from working hard and rather blame solely our professors?’ I shall attempt to answer in the following brief: So as a recent graduate who does not know his fate, I would do Mr. Hosi the honours by advising that we check the dichotomy between academic live and the job market. Unemployment, a topmost challenge facing the youth of this country and the root cause I believe is from our education and the Ghanaian socialization process. I recall a seminar hosted by the SRC during my final year in GIJ. It was on building one’s career outside campus while on campus. Among other things, that workshop sought to challenge students to learn to juggle academics with leadership, entrepreneurship, internships, job search and what is called in academia galamseys: Many students are scared of leadership while in school not only because of its defaming and dirty games but also because they seem to cherish their grades more than anything. They are scared their colleagues will make time to learn while they will be gallivanting around. But what many refuse to know is, many student leaders have graduated with excellent grades as if all they were doing was sleeping beside their lecture notes. What they also refuse to admit is that by serving in leadership capacities you are sharpening the most-sought after skill in the industry, critical thinking and problem-solving quotients.   Also, one is creating a good network and net-worth of industry opportunities. So do not be surprised if a student leader with third class is employed by “Efo Hosi” right after school.
READ ALSO:  The Janetic Theory: Combining an Akufo-Addo and a new form of Bawumia?
How about identifying a problem on campus and solving it with a business? This startup may land you your first hundreds of cedis worth business after school. Little by little you will save and expand this business even after school. By this you may not have to work for “Efo Hosi”. All universities, to my best of knowledge have made this facility compulsory for students at the undergraduate level. While employers should repent from the belief that internships are times to send interns for porridge errands and love-letter deliveries, interns should take advantage of the professional environment to learn, relearn and unlearn some academic doctrines which exist only on paper. You either adjust to the job environment or you become obsolete. I prefer to call them “galamseys” because they may be “illegal and unfair to your parents”. In entertainment, you can call them gigs. When you indulge in “academic galameys”, you generate extra income which would mean you can even survive on your own. But either it favours your parents or not, try to identify your passion and take on petty contracts which will begin the preparation process to meeting the world of work. In addition to the money, you will research into grey areas of your passion, get uncommon knowledge and would eventually compel you to use the mere theories articulated by the professor to solve industry problems. By Kabu Nartey|3news.com|Ghana   The writer is the 2019/2020 Best Graduating Student in Print Journalism and the 2019 Most Promising Student Journalist of the Ghana Institute of Journalism (GIJ). This article is from his series “Patriotic Epistles with Kabu Nartey”. Views expressed here are solely his and do not, in anyway, reflect the editorial policy of his organization.]]>
READ ALSO:  GIJ SRC President's letter to Kwame Nkrumah. . .