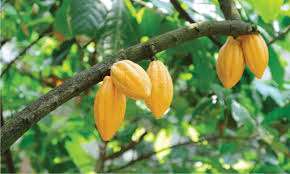 The IMF directed government to reduce the producer price of cocoa for farmers in order to ease the liquidity issues with Ghana Cocoa Board (COCOBOD), but government went contrary to the directive.

Speaking in an interview with Winston Amoah on 3FM’s Sunrise show on the issue, Mr. Kotei expressed excitement with government’s position on the matter, calling it “refreshing news”.

Nothing wrong going to the IMF – Mona Quartey to Oppong Nkrumah

NDC once lied to IMF and Ghana was fined $36m – Kufuor

“Indeed, cocoa is the backbone of this economy and anything that will discourage the farmer from meeting the production that has been set before us as a nation will negatively impact on the economy.

“Therefore, the IMF’s view to say that Ghana must reduce cocoa price to reflect what they term as ‘realistic prices’, we think it is so out of place. I, too, will applaud the Chief Executive of the Ghana Cocoa Board for his good stands.”

Cocoa prices have been unstable due to oversupply of the commodity on the international market which meant that producers ought to reduce prices to stay competitive.

According to NASDAQ’s end-of-day commodity futures price quotes for cocoa, the cocoa price as of April 29, 2019 stood at 2,392 per metric ton.

This had in the past prompted discussions between the governments of Ghana and the Ivory Coast to create a buffer stock as a measure to address the glut in order to control prices.

To compound the issues is COCOBOD’s annual dependence on international borrowing to meet government’s need to buy the bean from farmers.

Decreasing price of cocoa caused by the glut would mean COCOBOD could at some point run at a loss if they are not already.

However, Mr. Kotei argued that in whatever decision is taken regarding the cocoa sector, it would have to be considered in respect to the needs of the cocoa farmers too.

“We all know how the world price of cocoa has been like, and we also know how the cocoa farmer has struggles to make ends meet. In the view of the current management of the COCOBOD, it will be suicidal; it will be very negative to decide to reduce the cocoa prices. Thus, the price has been maintained in the last two years.

“That is telling you that there hasn’t been any reduction but the reduction on the world market has been having untold effect on the cocoa farmer,” he said.

Nothing wrong going to the IMF – Mona Quartey to Oppong Nkrumah

NDC once lied to IMF and Ghana was fined $36m – Kufuor

Be truthful on economic data – Ricketts Hagan to gov’t